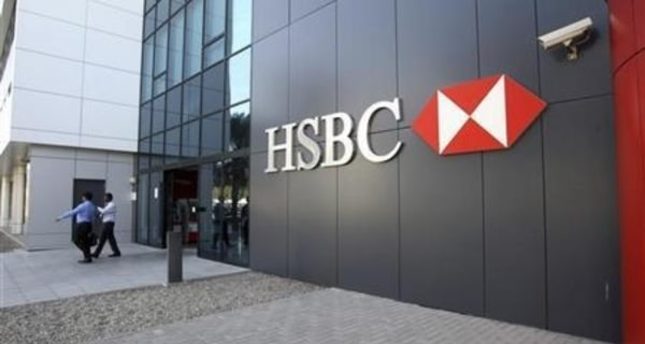 by AA Sep 20, 2014 12:00 am
The head of HSBC's sukuk financing division has said that Turkey's "vibrant domestic economy" would benefit from an expansion of Islamic finance products. Speaking to the Anadolu Agency on the sidelines of the fifth Istanbul Finance Summit this week, Mohammed Dawood said Islamic finance helps companies looking to diversify and broaden their base of funding.

A sukuk is a financial certificate, like a bond, which complies with Islamic religious law by avoiding interest payments. Dawood said: "It is very competitive alternative funding. Its funding can also be cheaper and less costly than commercial funding. The Islamic sukuk market is expected to grow to $2 trillion this year. "Not just corporations in the Gulf, but increasingly, corporations in Turkey have been using this funding in the last 10-15 years and understand its benefits." Dawood said, "The whole idea of Islamic finance is investing and financing the real economy."

The Islamic finance industry's assets are projected to amount to $6.5 trillion by 2020. He went on: "So it is going to be about investing in infrastructure. It is going to be about helping companies to trade. It is going to support companies' exports. "That can only be good because the more companies export the more employment is required. So given that the real focus is on the real economy, I think [sukuk] in the long term can only be beneficial for economies seeking to lower their unemployment rates," Dawood said.

"Turkey has a very vibrant domestic economy. But it also is a very vibrant industrial hub, which serves as a key exporter as well." On Turkey's potential to adopt sukuk funding, Dawood claimed: "Turkey should make more Islamic finance legislation [and make it] more encompassing. We will begin to see the establishment of one or two more state Islamic banks. I think the banking sector needs to be opened up. "We need to see a lot more increased participants. ...Then commercial banks can be allowed to play. When commercial banks come in, the pie gets bigger, and the existing Islamic banks become more and more competitive," he added. Dawood also touched upon Istanbul's trade and finance opportunities, saying: "Istanbul doesn't necessarily need to compete with London. I think Istanbul has its own unique characteristics, given its geographic region and location. It is a gateway for countries in Central Asia.

"It is a gateway also to the Middle Eastern region as well. Turkey's significance and importance on the global economic scale is only going to continue. ... I think Turkey has its own unique characteristics when it comes to becoming an international finance center." He also said that there are still significant opportunities in Turkey where 18 sukuk bonds worth $7.2 billion have been issued since 2010.
Last Update: Sep 20, 2014 1:54 am
RELATED TOPICS