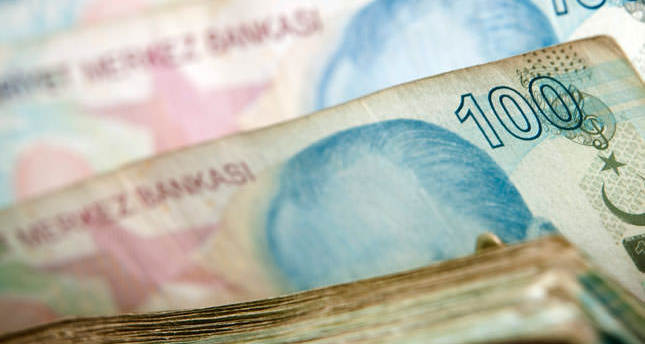 Even though some calculations show that there has been no significant change to Turkey's income distribution, the country still outranks other developing countries and the U.S. in terms of income equality

According to the Turkish Statistical Institute's (TurkStat) Income and Living Conditions Survey, the richest 20 percent of Turkey's population earned 7.7 times more income than the poorest 20 percent in 2013 and 8 times more in 2012. Considering the quintiles, the share of the highest income group - the fifth quintile group - was 46.6 percent, whereas the share of the first quintile, which has the lowest income, was 6.1 percent. Therefore, the share of the total income among the fifth quintile is 7.7 times more than the first quintile. A separate S80/S20 indicator calculated 7.2 for urban settlements and 6.5 for rural settlements.

The Gini coefficient is a measure used to gauge income inequality in a country where coefficients closer to zero represent more equal income distributions and coefficients closer to one represent less equal distributions. Turkey's Gini coefficient is estimated to decrease by 0.002 points to around 0.400 this year. The Lorenz curve - a graphical demonstration of the inequality in the distribution of income among a population - reveals that there has been no significant change to Turkey's income distribution, as the curves from recent years overlap. Still, Turkey performs better than many other developing countries according to data published on the OECD's website.

China (0.470), Brazil (0.500), Malaysia (0.460), Mexico (0.480), Russia (0.420) and South Africa (0.570) rank worse than Turkey in terms of income distribution as measured by the Gini coefficient. According to an article published on The Economist, the U.S. boasts the highest post-tax-and-transfer income inequality of any highly developed country in the world with a coefficient of 0.420, meaning inequality in the U.S. outranks Israel, Britain and Canada, and dwarfs the figures of Japan and Turkey.

According to the TurkStat's survey, wage-salary income accounted for 48.3 percent of total income, followed by social transfers and entrepreneur income. The "permanent poverty" rate, which is calculated using 4-year panel data, indicates the percentage of the population that was at risk of becoming poor within the last year and two of the last three years. Furthermore, 60 percent of the equivalent median household income is used for calculating permanent poverty rates. Accordingly, while 16 percent of the population was facing poverty in 2012, a year later the percentage dropped down to 13 percent. The report also says that the material poverty rate, which is defined as the percentage of the population facing high financial risks and cannot afford at least 4 of 9 determined items, was 59.2 percent in 2012 and 49.7 percent in 2013.

Turkish President Recep Tayyip Erdoğan highlighted during a speech last week that the governments that ruled the country after the huge economic crisis of 2001 created economic policies that aimed at recovering the economy and spreading wealth to each individual within the society. These policies also aimed at narrowing the gap between low and high income groups in a progressive manner. Addressing an event in May, Turkish Deputy Prime Minister Ali Babacan, who has been a leading figure of Turkish economic management, remarked that the Turkish economy has been through a considerable transformation over the last 11 to 12 years and that reforms in the areas of banking, social security, health and public finance that were made before the crisis protected the economy to a remarkable extent.

Turkey has reduced its Gini coefficient the most rapidly among the member countries of the OECD, Babacan stressed, and added, "Quite large parts of society feel the influence of growth."
Last Update: Sep 23, 2014 2:25 pm
RELATED TOPICS