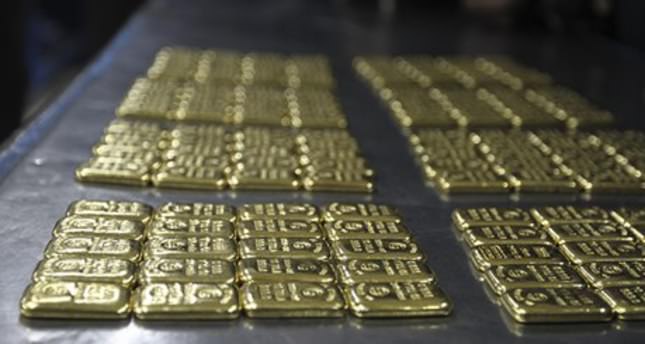 by Associated Press Sep 25, 2014 12:00 am
Bangladesh has seen a huge leap in gold smuggling to neighboring India, the customs intelligence chief said Wednesday. Mainul Hossain Khan said his team was catching gold smugglers red-handed every day at the country's two international airports, with bullion brought in mainly from the Middle East believed to be destined for India. They had seized 623 kilograms of gold since July 2013, up from just 15 kilos over the whole of the previous five years, he said.

"Gold seizures in the airports have become a daily affair," Khan told AFP, saying only that day his team had found 27 gold bars hidden in a microwave oven. Officials said the incidence of smuggling rose after India increased duties on gold imports in April 2013. This made it much cheaper to bring the precious metal into neighboring Bangladesh and then smuggle it to India, one of the world's biggest gold importers.

To tackle the problem, Bangladesh raised its own import tariffs by 20 times on July 1 this year, bringing them into line with those of India. But that appears to have done little to stem the tide. Customs commissioner Hossain Ahmed said the gold being seized at the airport was likely only the tip of the iceberg, with most of the contraband metal being smuggled into India across the more than 4,000-kilometre border.

"The amount of gold seized by our officials is only a fragment of the bullion that is being brought to the country. This is then smuggled to India through land routes," Ahmed told AFP. "We believe the gold, which is imported to Bangladesh both legally and illegally, is smuggled to India." Officials said the increase in gold seizures may be due to increased enforcement efforts. Whatever the reason, it is proving a boon to the country's central bank, which has added the seized bullion to its gold reserves.