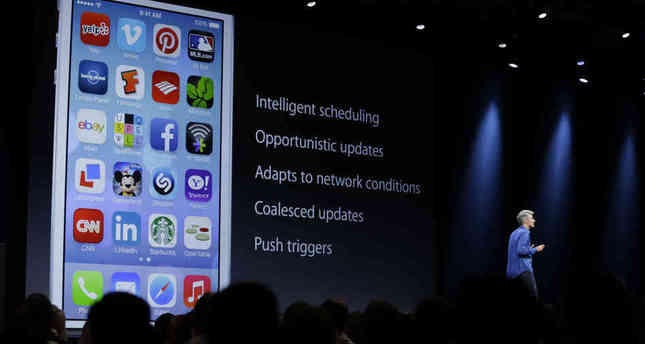 Apple’s new iPhones have run into some glitches as users complaine that a new software update blocked their calls. The company has apologised and released a workaround for iPhone 6 and iPhone 6 Plus users

While Apple's latest iOS update is disabling cell service on some devices, the company has pulled the update and promises to release a fix in 'the next few days.' "We have a workaround for iPhone 6 and iPhone 6 Plus users who lost cellular service and Touch ID functionality after updating to iOS 8.0.1. Affected users can reinstall iOS 8 through iTunes. We apologise for the great inconvenience experienced by users, and are working around the clock to prepare iOS 8.0.2 with a fix for the issue, and will release it as soon as it is ready in the next few days" Apple said in a statement.

Late Wednesday, Apple offered users a way to manually reverse the update provided earlier in the day. It involves connecting the phone to a Mac or Windows computer and downloading a file to restore the older software. According to AP, Apple had begun distributing the update Wednesday morning to fix several issues in last week's iOS 8 operating system for iPhones and iPads. Hours later, it pulled the update, dubbed iOS 8.0.1, after some people complained it rendered their phones unable to make calls and caused problems with a feature that lets people unlock their phones with their fingerprint.

Users are still able to the upgrade older phones to last week's version of iOS 8, which Apple said has already been downloaded to nearly half of all iOS devices. Apple said it will release iOS 8.0.2 soon to address both last week's glitches and the new ones. Some tech blogs reported the update only seemed to cause problems for the latest phone models the iPhone 6 and 6 Plus. It's not uncommon for new software to contain bugs that have to be fixed with subsequent releases. Meanwhile, social media sites were buzzing Wednesday with reports that the aluminum shell of the iPhone 6 Plus is vulnerable to bending. Some Twitter users claimed their phones showed a slight curving at one end after several hours in a pants pocket. With a 5.5-inch screen, the iPhone 6 Plus is slightly longer and thinner than other iPhone models. It's not clear how widespread the complaints are.

One YouTube video showed someone bending an iPhone 6 Plus by applying extended pressure with his hands not from normal sitting. Both the iPhone 6 and the 6 Plus were given high ratings in a recent "breakability" test conducted by SquareTrade, a San Francisco firm that sells extended-protection plans for electronic devices. The test did not include bending. SquareTrade Chief Marketing Officer Ty Shay said that after reports of bending circulated online, two staffers at his firm tried to bend a pair of 6 Plus phones. The male staffer was able to duplicate the results from the video, while the female staffer could not. He said the bent phone appeared to still function normally. Shay said his firm then checked and found a small number of bent older-model iPhones had been reported in the past. "It does happen," said Shay, "but it seems like for the most part it's cosmetic damage." He suggested the bending is not a major issue.

Referring to the iPhone 6 Plus, he added, "I think it's still a very durable phone. But we'll keep an eye on the claims." According to Reuters, Apple Inc released yesterday a workaround for iPhone 6 and iPhone 6 Plus users who reported a drop in cellular service and the inability to use the fingerprint reading Touch ID after downloading the iOS 8.0.1 mobile operating system. Apple said it would release iOS 8.0.2 in the next few days to fix the issue. In the meantime, it offered step-by-step instructions to reinstall iOS 8 using iTunes. The company said users should make sure that they are using the latest version of iTunes before reinstalling iOS 8. Apple said its health app would not work in iOS 8 after these steps, but would be fixed in iOS 8.0.2.