Sikorsky to move its manufacturing line to Turkey 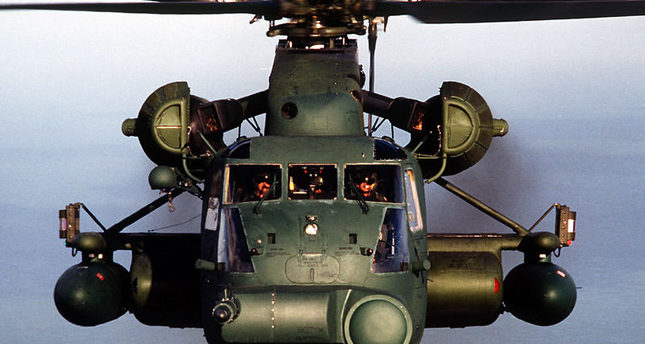 by Daily Sabah Sep 27, 2014 12:00 am
As Turkish media outlets reported on Friday, Anand Stanley, the vice president responsible for the Middle East, Turkey and Africa of the U.S.-based aircraft manufacturer Sikorsky Aircraft Corporation, said they can make Turkey their office production center to export to the Middle East and Africa in early September. Sikorsky Aircraft, which signed a contract worth $3.5 billion (TL 7.9 billion) with Turkish state-run and private companies to produce general purpose helicopters in Feburary 2014, is now gearing up to export helicopters produced in Turkey to the Middle East and Africa. Speaking to Reuters news agency during the Istanbul Air Show, Stanley said that their Turkey office would be the production center for all regional countries from Pakistan to Africa. According to Stanley, Sikorsky Aircraft's Turkey office will be responsible for exporting to these countries as well as directing customer relations. Stanley stated that the cost of projects, which will also be used by Turkey, is $8 billion. He stressed that they would like to be a part of Turkey's growth story.