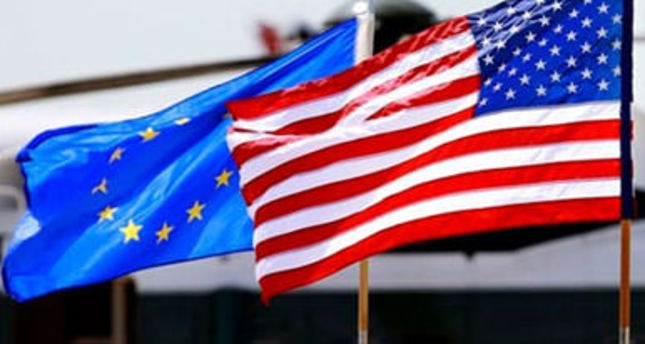 by AA Oct 07, 2014 12:00 am
"If Turkey doesn't become a member of the free-trade agreement between the U.S. and the EU, or concludes a simultaneous free-trade agreement with the U.S., it would be impossible for Turkey to maintain its custom union agreement with the EU," Zeybekçi said. Turkey and the U.S. should improve their economic and strategic partnership, Turkey's Economy Minister Nihat Zeybekçi said after talks with U.S. delegates in the Turkish capital on Friday. Referring to the envisaged Trans-Atlantic Trade and Investment Partnership (TTIP) between the U.S. and the EU, Zeybekçi said in a press conference after meeting with U.S. Secretary of Commerce Penny Pritzker that the economic alliance between the U.S. and Turkey lagged behind their strategic pacts, such as their NATO alliance. The talks in Ankara followed criticism from Turkish officials who argue the TTIP between the EU and the U.S. effectively opens Turkey's markets to imports, but blocks it from the tax advantages associated with exporting goods to the same states. He said that any meaningful partnership established between the U.S. and Turkey should be based on economic partnership first.