Turkish trains to pull out in November 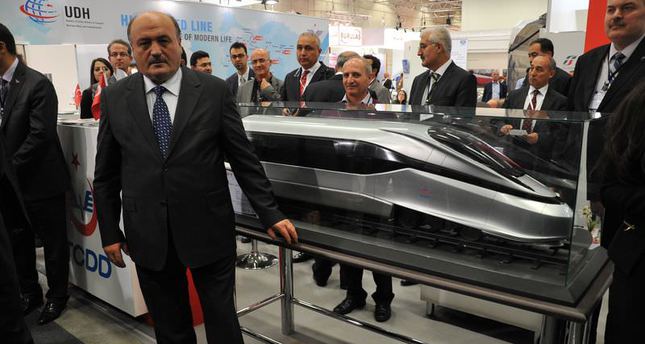 by Daily Sabah Oct 12, 2014 12:00 am
Delivering a statement regarding the national E1000 Type Electric Locomotive Project, Minister of Science, Industry and Technology Fikri Işık stated that Turkish State Railways (TCDD) has developed a one-megawatt-power electric locomotive to meet its shunting and short-haul load-carrying needs and that it will begin operating in November.

Işık also said that after a certain while, Turkey will become one of the leading countries of the world in terms of rail systems.

"We are planning to put 70 shunting locomotives and 110 high-speed trains on tracks by 2023. We have produced a prototype of an electric locomotive and managed its test drive successfully," he added.