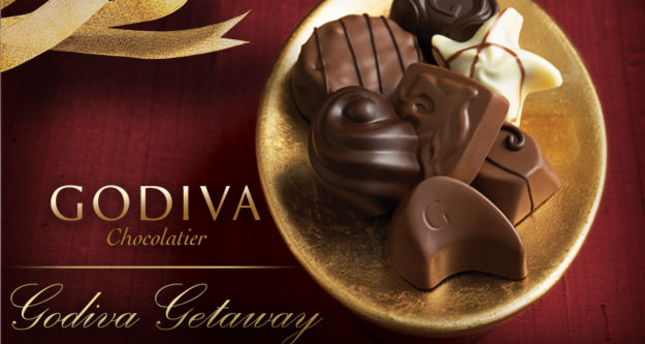 by Daily Sabah Oct 15, 2014 12:00 am
Lady Godiva is an English folk hero. Godiva is the brand of a world-renowned Belgian chocolate that was purchased by Yıldız Holding for $850 million (TL 1.93 billion) in 2007. When the Godiva firm warned an English bar about a copyright infringement after also naming itself after the brave local lady, the question of whether the name of a historic character could be a topic of copyright sparked dispute in the U.K. According to the story that took place in the 11th century, Count Leofric, who governed the city of Coventry in the U.K., imposed heavy taxes on the public. When his wife Lady Godiva understood that the poor public could not afford to pay these high taxes, she wanted her husband to lower them. Leofric, tired of Lady Godiva's insistence, promised to alleviate taxes on the condition that she would take a naked tour across the city on a horse, as he thought that Godiva would not dare do this. Much to his disappointment, she covered up her body with her long hair and rode through the streets of the city. As a sign of respect for her courageous behavior, the people of Godiva returned to their homes and closed the shutters of their windows so as not to look at Godiva. Joseph Draps, who produced Godiva chocolates in 1926, chose this name for the brand as he thought that it symbolized timeless values and courage. Today, the U.K. is engaged in a dispute over whether the name of a historic hero can be used as a brand. According to Martin Delgado's news published in the U.K.'s Daily Mail, a while ago, the lawyers of Godiva Company sent a notification letter to a bar called "The Lady Godiva," which had been operating in Switzerland's Geneva for seven years, on the grounds that it violated copyrights. It was also reported that the English owner of the bar Glen Simons was given a 90-day ultimatum to change his bar's name.