Official: More than 82 million people in poverty in China 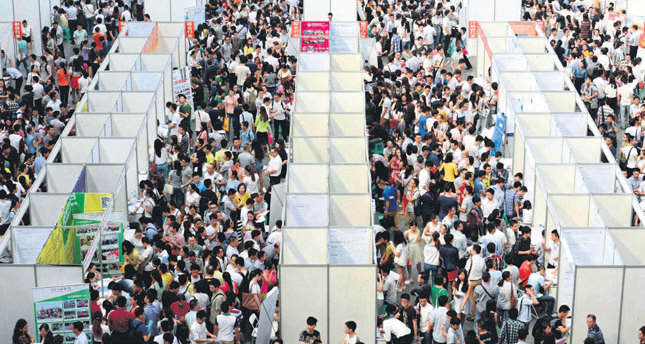 More than 82 million people were living on less than that at the end of last year, senior government development official, Zheng Wenkai, told reporters.

The World Bank's own definition of poverty is $1.25 a day, and Zheng said China's poor would rise to more than 200 million if "international standards" were applied. "The poverty-stricken population not only suffers from low income but also faces various difficulties in getting drinking water, roads, electricity, education, medical care and loans," he said at a press conference Tuesday. Most of them live in areas prone to natural disasters or with inadequate infrastructure and lifting them out of poverty is "a tough nut to crack," added Zheng, vice director of the State Council Leading Group Office of Poverty Alleviation and Development. Over 30 years of reforms have led to an economic boom in China, which displaced Japan as the global number two in 2010, behind the U.S. But per capita gross domestic product in the country of 1.36 billion people was just $6,767 last year, less than 13 percent of that in the U.S., the state-run Global Times newspaper said on Wednesday.

More worrying is the country's widening income gap, which was highlighted in a Peking University report earlier this year pointing out that the top one percent of households in the Communist-ruled country controlled more than one third of its wealth in 2012, while the bottom 25 percent controlled just one percent.

This year China reached 16.48 percent of the world's purchasing power, GDP adjusted - recognized as the best way of comparing national economies - while the U.S. reached 16.28 percent, according to the IMF. However, the U.S. economy is still bigger than China's in terms of real GDP with an economic output of $16.8 trillion against China's $10.4 trillion. On the other hand, China's consumer price inflation dropped to 1.6 percent year-on-year in September, down from 2 percent in August, to the lowest level since January 2010, the government said Wednesday. The Australia and New Zealand Banking Group (ANZ) said the fall was "largely due to surprisingly low food prices" over two recent national holidays, while an anti-corruption campaign "could have significantly eased the upward pressures on prices." "China's soft inflation profile heightens the risk of deflation, thus requiring further monetary policy easing," ANZ said, noting that the central bank had cut its 14-day repurchase rate on Tuesday. Consumer inflation averaged 2.1 percent year-on-year in the first nine months, the National Bureau of Statistics said. The ruling Communist Party set a target of keeping annual inflation to a maximum of 3.5 percent and expanding the economy by about 7.5 percent this year.