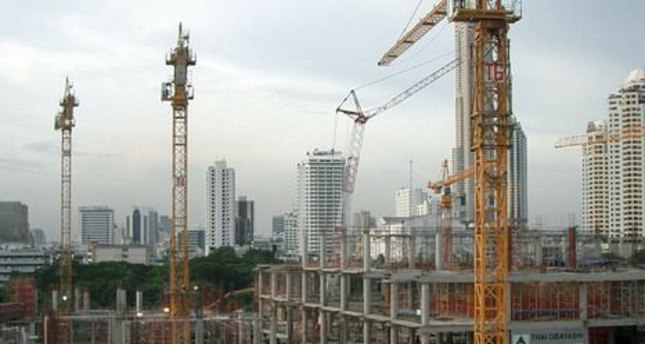 by Daily Sabah with Agencies Oct 18, 2014 12:00 am
According to information compiled from the balance of payment data of the Turkish Central Bank (TCMB), the construction service income, income obtained from contracting services performed abroad, in August was around $271 million (TL 607 million), a record in construction service income. The construction income obtained between January and August was also around $780 million, whereas this number was around $674 million last year. Since 2001, Turkey has been gaining around an average of $800 billion from contracting services performed abroad.