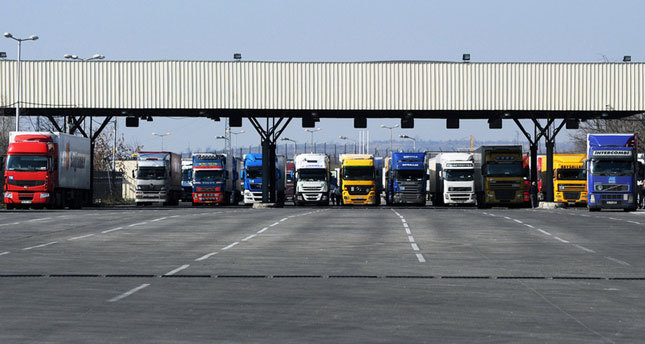 by Daily Sabah Oct 23, 2014 12:00 am
The problems faced at and around the border gates of Turkey are exasperating truck drivers who are confronted by delays in transporting goods to their destinations. One of the latest obstacles faced was Iran tripling the transit fee, and this was followed by a new practice imposed in Iran and Turkmenistan. According to the practice implemented first by Turkmenistan, then by Iran, truck drivers who had even one traffic ticket cannot enter these countries. Interestingly, if any name is banned in the digital system, then the system applies this ban to all drivers who have the same name and surname due to the digital system.

Truck drivers who have been subjected to this practice have started changing their names by a court order to continue performing their jobs. For example, Mehmet Doğan had to change his name from Mehmet to Berke, then to Mert. Speaking on the subject, the CEO of International Transporters Association - UND, Fatih Şeker, noted that similar cases have started occurring and added: "There are many drivers who quit their jobs once the second name they got was also banned. About a month ago, Turkish drivers had no problem passing through Iran and handed over the truck at the Turkmenistan border. But Iran is applying the same practice as of Sept. 1 since they want Iranian drivers to be employed for the job."