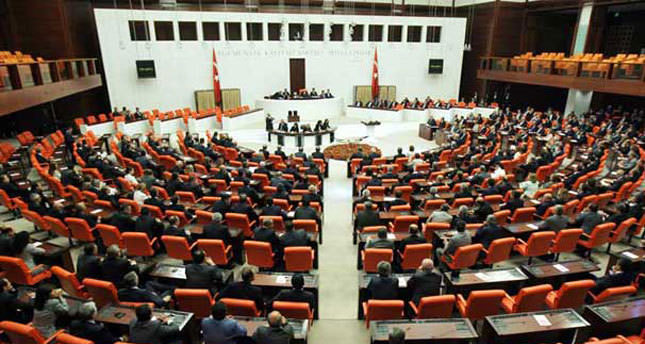 by Daily Sabah Oct 24, 2014 12:00 am
The government has made a move to establish a commission that will track the assets of members of Parliament and mayors and will investigate whether they have been obtained through illegal means. The proposal came into question during a meeting Prime Minister Ahmet Davutoğlu held with Justice and Development Party (AK Party) parliamentarians from the Central Anatolia Region. Member of Parliament for Çankırı Hüseyin Filiz put forward the proposal to establish an "Ethical Research Center" which will investigate whether politicians' wealth is inherited from their families or gained through their involvement in politics. He also stressed that it should be a mechanism of self-control that will maintain the credibility of politicians in the eyes of the public. Referring to a saying of Prophet Muhammad, Davutoğlu said that one of the prophet's friends wanted to give him a present, but he rejected it when another person said that he was being given presents because of his prophecy. "Now, when somebody hears that a piece of land would be reconstructed, he buys it and becomes rich in this way. This is undeserved profit. This is immoral and an abuse of his power as a politician," he said. It is reported that Davutoğlu instructed Mehmet Ali Şahin, vice chairman of the AK Party, to initiate investigation into the matter.