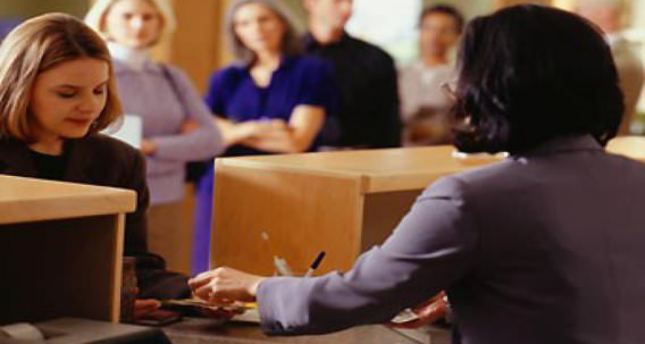 by Daily Sabah Oct 25, 2014 12:00 am
The number of branches and personnel of banks has increased, and now the number of female officers working in banks exceeds the number of male bankers. According to a statement issued by the Banks Association of Turkey (TBB), the number of bank branches has increased to 11,189 with 355 new branches opening in the third quarter of 2014. The number of staff in development and investment banks increased by 1.7 percent when compared to the same period last year, reaching 3,276. There was also an increase of 0.8 percent when compared to December 2013, increasing by 634 to 199,099 individuals. According to the same statement, the number of banks active in the July-September 2014 term was around 50. Out of these banks, 34 were deposit banks, 13 were development and investment banks and four of them were development banks. Three of the deposit banks are public, 11 are private and 18 are foreign-capital banks. Eighty-three percent of the banking staff are graduates of higher education institutions and female bankers now account for 51 percent of the total number of staff working in the banking sector.