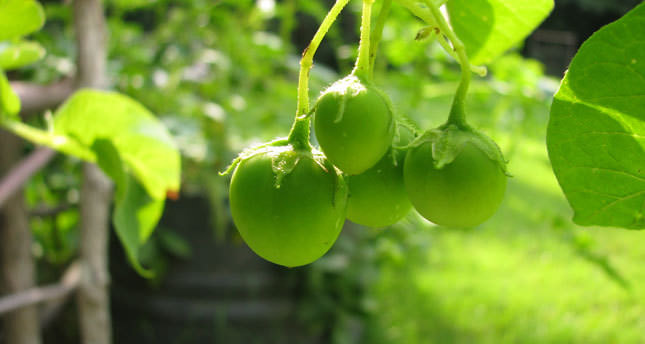 by Daily Sabah Oct 28, 2014 12:00 am
In order to stop Turkey's dependency on potato seed, a company, in cooperation with the General Directorate of Agricultural Enterprises (TİGEM), has successfully produced 25 tons of seeds as a result of the work that has been taking place in greenhouses and fields using a seed reproduced in their laboratory in Nevşehir. Speaking to Anadolu Agency, general manager of the company, Kamil Aşkın, stated that since they can produce 4.5 million potatoes a year, Turkey shouldn't be dependent on foreign resources for potatoes. Aşkın said that they have produced around 20,000 tons of potato seeds in five years and will be able to meet the demand. He further stated that they are exporting seeds to Azerbaijan, Syria, Iraq and Russia now. Mentioning that the potato was first brought to Turkey from Russia 175 years ago, Aşkın said, "Today, we have broken new ground by exporting potatoes from Turkey. This is very important for Turkey's success in the business."