Turkey’s construction giants: Chugging along or sputtering out? 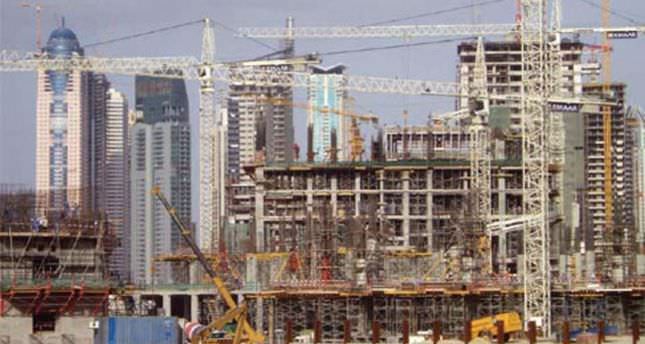 Often referred to as the ‘locomotive’ of the Turkish economy, the construction sector in the burgeoning nation has steamed ahead over recent years in spite of global and regional turmoil, but the question remains as to whether there is enough track left for wolfish growth

As the global economy continues to languish with less-than-desirable growth in the aftermath of the global financial crisis, Turkey has been powering ahead averaging 6 percent growth since 2008. After a brief period of contraction in 2009, Turkey's construction sector helped buoy the economy by expanding a remarkable 18.3 percent and 11.5 percent in 2010 and 2011 respectively – with a total compound annual growth rate of 12.6 percent from 2009-2013 – and registering further positive growth into 2014.

According the Istanbul Oxford Business Group, "the construction sector is riding high on the back of a raft of major infrastructure projects, particularly in road and bridge development, and an ongoing urban regeneration plan that will see one-third of the country's houses torn down and rebuilt." The acceleration in public infrastructure projects has largely been driven by the Turkish government's investments through private sector partnerships (PPPs) which have propelled the staggering public work advances in the country in addition to a large-scale privatization initiative for the utilities sector. A Market Research Report business wire published in October 2014 stated that Turkey's construction growth outpaced neighbors despite the global financial and eurozone crises, with analysts expecting continued growth into 2018 at least. If the government closely follows the mandate of its Medium Term Economic Program, which Deputy Prime Minister Ali Babacan disclosed early this month, then the construction sector can expect some major project partnerships over the next half decade. The near term would include three nuclear power plants, while Turkey's third international airport and an additional bridge to span the European and Asian continents would occupy the later part of the program.

Although production and turnover in the sector slowed in the second quarter of 2014, trending up 2.9 percent compared to the same quarter of the previous year, according the Turkish Statistical Agency's (TurkStat) calendar adjusted index, it was still a positive move for the industry. According to Business Monitor International, the government "undoubtedly played a part in keeping growth in the sector elevated over 2014, but it is the privatization of assets which we believe will be the fundamental driver of growth over the next five years." An announcement in early October by Turkish Finance Minister Mehmet Şimşek declaring that the government would be decreasing the size of its portfolio would give gravitas to analysts' optimistic expectations.

The growth of Turkey's real estate sector – which currently represents a 19.5 percent share of gross domestic product – has had a complimentary impact on growth in the Turkish economy as well as the construction sector. While home sales underperformed for the first seven months of the year compared to the respective months of 2013, Q3 signaled an aggressive rebound for the sector with house sales increasing by 25 percent and 13.2 percent for August and September – compared to the same month in the previous year – respectively.

Speaking in an exclusive interview with Daily Sabah, Burhan Özdemir Chairman of the Independent Industrialists' and Businessmen's Association (MUSİAD) Construction Sector Council said the sale of residential units over the last five years has been steadily increasing. He said the drop in sales in the first quarter of 2014 was largely due to the political events which occurred in Turkey in December 2013, worsened by the sliding value of the lira and interest rate rises in January 2014. "In 2013, 35 percent of house purchases were made with bank credit, so the 4-5 percent decline in house sales for Q1 of 2014 were quite lean considering units purchased with loans decreased by 40 percent due to the early year interest rate rise. This means that the majority of the purchases during Q1 were made through other financial instruments.

"When we compare Istanbul with Moscow, Rome, Berlin, London et cetera, and look at average [housing unit] sales price, we see it [Istanbul] is half that of other major cities so Istanbul has room to move regarding prices. There is still potential for people, internal and foreign buyers, to profit in Turkey." Özdemir added that speculators expect to see optimum housing prices in Turkey, where units reflect their underlying value, as soon as 2015 or 2016, which is obviously dependent on the Central Bank of the Republic of Turkey's (CBRT) interest rate policies in the interim.

Turkish construction companies and contractors have gained significant clout during Turkey's growth period, 42 of which obtained listings in the top 250 contracting companies of the world for 2014 compiled by the international construction industry magazine Engineering News Record (ENR). Turkish Economy Minister Nihat Zeybekci commented on the list, which includes companies ENKA, Rönesans, TAV and Polimeks who were ranked 52nd, 53rd, 83rd and 86th respectively, stating that Turkish contracting companies on aggregate maintained the second largest position behind China. "These 42 companies accumulated total revenue of $20.4 billion in international markets, increasing their revenue by 21.4 percent compared to the previous term." The General Manager of TAV İnşaat, Ümit Kazak, said that Turkish contractors have increased their share in the international market while the CBRT claims the construction service income and income obtained from contracting services performed abroad was around $271 million in August, a record in registered income. The construction income obtained in the first eight months of the year was also around $780 million up from $674 million last year. It is unsurprising with companies lodging such hefty gains that global construction giant Caterpillar announced that it "sees potential for higher investment in infrastructure in countries such as the U.S., India and Turkey," as reported by Bloomberg.

Possible obstacles for the future

The threats posed by the Islamic State of Iraq and al-Sham (ISIS), which has moved closer to home as Kurdish forces vie for control over the border town of Kobani, the civil war in Syria and disruptions in Libya have significantly stifled investment both in and out of Turkey. According to data released by the Turkish Contractors Association (TMB), the total cost of projects that were undertaken in the first half of 2014 amounted to $10 billion, displaying a 16 percent decrease compared to the same period last year – largely attributed to the regional tension. After discussing the issues with lobbyists from the sector the Foreign Ministry, Economy Ministry and the Union of Chambers and Commodity Exchanges of Turkey (TOBB) announced that they would launch joint initiatives to tackle the problems, but trade routes into Iraq compromised by ISIS may be more difficult to re-establish for the companies in the Iraq.

In an interview with Daily Sabah, vice president of the Istanbul Chamber of Commerce and chairman of Arkon Construction, Gökhan Murat Kalsın commented on possible impediments to growth within the sector emphasizing that Turkey has been through a series of elections with another scheduled for June 2015, which affects consumer behavior. "Consumer related sectors always have obstacles, it is important to know what affects consumers' buying decisions. Investments are constantly growing in Turkey regarding the construction sector, so we must be careful about housing in regions with an excess supply, like suburbs of Istanbul," Kalsın said. With inflation nudging 9 percent and input costs rising for the construction sector, which TurkStat revealed had increased 1.6 percent in Q3 third quarter compared to the previous quarter – which was furthermore a 10.6 percent increase compared to the same quarter last year – price stability will be a significant issue for regulators in the near term. Kalsın stated that "raw materials with high added value prices like cement, concrete and structural iron are very high in Turkey and price rises are above inflation. Price rises should be brought under control. Turkish contractors are quite famous in the world and they contribute significantly to the exports of Turkey; they create employment and they promote Turkey. With government support I believe the Turkish construction sector will continue to be the locomotive sector of Turkey both nationwide and internationally."