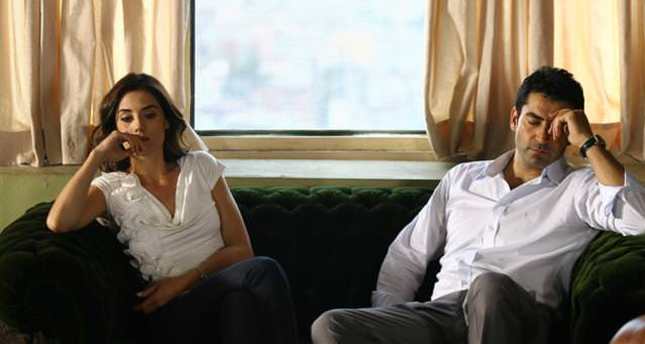 Becoming second country to export the highest number of TV series after the U.S., Turkish goods are being increasingly sought after. Customers adding photographs from Turkish TV series to their orders have begun to seek Turkish-designed home and office furniture, while famous showrooms are being used as film, TV and advertising studios. The Turkish furniture industry, which has an annual export volume of $8 billion, has seen an upsurge thanks to Turkish TV series that are aired in a total of 78 countries on five continents. Many foreign architects and fans of TV series have started to incorporate furniture that they have seen in the magnificent scenes of the series. According to information derived from furniture manufacturers, many customers submit their orders by adding screenshots from the TV series. As 95 percent of the furniture used in the series are made in Turkey, some Turkish furniture companies, which aim to benefit from the power of the broadcasts and their syndication, have gone a step further and opened all of their facilities for directors and producers to use.

Speaking to Daily Sabah, Adnan Bostan, the owner of Adnan Bostan Furniture Company, said, "First, people began admiring the actors and actresses and then they started to think more about the settings in the scenes. Most TV series take place in Istanbul or historical places in Turkey's east, with tourism in the region increasing as a result. After that, people started to fancy the houses and offices they saw on TV, including the furniture in addition to the clothing and jewelry worn by the stars. Companies that were not willing to sponsor TV series in the past are now demanding to sponsor them. Furniture companies are also in the competition to offer sponsorship. It is actually a very good development to promote Turkish designs."

Ümit Şengün is a partner of the dizisponsorlari.com website, an online shopping site for textiles, furniture and jewelry goods used in TV series. Commenting on the subject, Şengün said it is a good opportunity for Turkey to promote Turkish exports in order to reach its 2023 goals. Speaking to Daily Sabah, Şengün said, "We complain about why Turkish foods are not that famous in the global market while we like to drink Coke during Ramadan. Once we sell a TV series, we do not only export the series, we also sell Turkish culture and goods. One million pieces of the 'Hürrem Sultan ring' have been sold and with 500,000 requests for Bihter's lingerie. We have to learn how to promote our goods through our series."

Ersa Furniture Company, which opened its Istanbul-based research and development center and showroom to movie and television directors, is one of the most active companies in this field. Ersa, which mainly produces office furniture, has so far hosted over 100 movie and advertising shootings in its central office located in the district of Fulya. Ersa's Executive Vice President Yalçın Ata, said that Turkish companies are gaining recognition in world markets with their design and development investments. "This development is seen in almost all fields. Our company produces custom-designed furniture for a wide range of institutions including courthouses, banks and hotels. Turkish designs make tremendous impacts across the world; we have opened a huge showroom where we display our strength through visual designs. Our TV series are watched by half of the world and audiences place orders for the furniture that they like in these TV series," Ata said.