Wages of Syrian workers to be equal to Turks 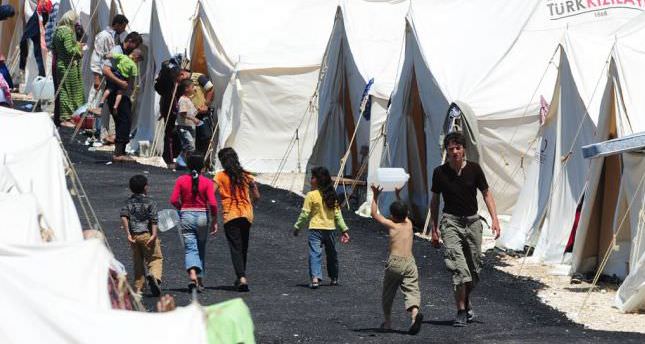 Çelik stated that the gross minimum hourly wage will be TL 1.13 ($0.50) and the net minimum will be TL 891, which is equal to that earned by Turkish citizens.

Regarding refugees, Çelik said that they will be placed in open positions in order not to hinder nationals' access to jobs, whilst maintaining the minimum wage in these roles. The matter will be discussed by the Cabinet within the next 5 to 10 days.

Chairman of the Kahramanmaraş Chamber of Industry and Trade Kemal Karaküçük stated yesterday that the work permits of Syrian refugees was one the items presented to Prime Minister Ahmet Davutoğlu in a recent policy package. "We have noted in our report that around 1 million Syrians have taken asylum in our country within the last three years and as such we are now hosting 220,000 shelters. Along with problems regarding safety, economy, education and health, the lack of work permits is also an important issue," Karakücük said, adding that 10 percent of the labor force of townships with tent cities should be Syrian.

He also underlined that including this population into the Turkish labor force will also prevent any further social problems from arising.