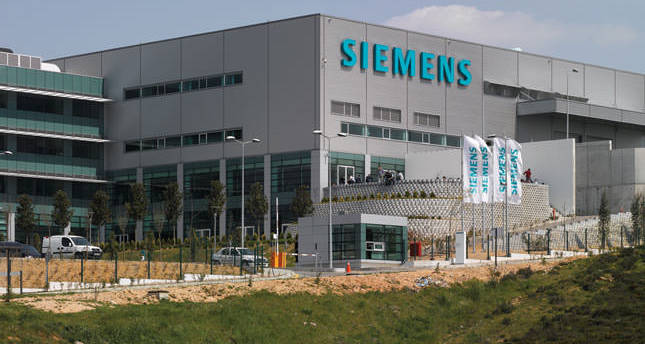 by daily sabah
Nov 14, 2014 12:00 am
The 165-year-old German brand Siemens has increased its purchases from Turkish firms worth 350 million euros in 2014. The company is swiftly approaching its target of purchases equaling 1 billion euros for 2023. Siemens announced the strategies of its Supply Chain Management Department and details of Siemens' supply chains around the world on Suppliers' Day. Siemens is active in more than 200 countries in the world and has been active in Turkey since the 1850s. It prefers mostly products by local firms in the many major projects it conducts in Turkey. The second country Siemens has made purchases from in 2014 was Iraq. Siemens' total purchasing volume in Turkey is around 700 million euros, with orders totaling 80 billion euros received globally. Siemens' global purchasing volume is around 38 billion euros.