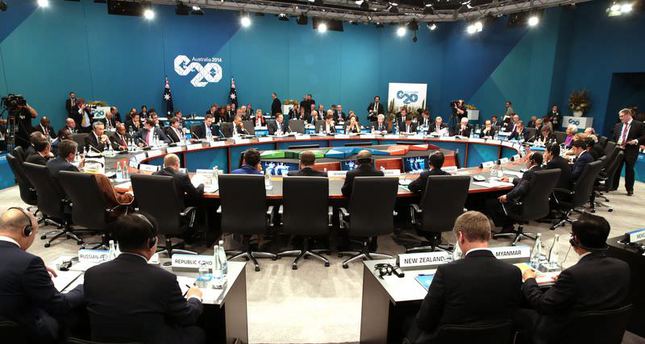 G20 leaders, which collectively comprise 85 percent of the world economy, concluded their annual summit on Sunday with agreement on a wealth of issues, primarily economic, while prioritising development

The leaders of the world's most powerful industrial economies pledged to grow their combined economic output by an extra 2.1 percent - about $2 trillion - over the next five years. This was above the 2.0 percent goal they were initially targeting. Their strategy to achieve this goal through domestic policy reforms will be known as the "Brisbane Action Plan."

G20 leaders agreed to complete an implementation plan on combating tax avoidance by multinational companies by the end of 2015. They also vowed to strengthen financial institutions, protect taxpayers from having to fund bailouts of "too big to fail" banks and to make derivative markets safer.

The summit won a commitment by each country to close the gap between its male and female labor-force participation rates by 25 percent by 2025; this will bring an estimated 100 million additional women into the labor force by that year.

The summit had a session dedicated to global energy issues for the first time and agreed that energy would now be at the heart of the G20's agenda, with strong and resilient energy markets critical to economic growth. They asked energy ministers to meet and report back on options to take this work forward.

After arriving in Australia to participate in the G20 Summit, Prime Minister Ahmet Davutoğlu made a presentation with the title, "the G20 2015-term president." Touching on many significant issues in his speech Davutoğlu said, "We plan to make new contributions in our G20 term presidency. We want to discuss as many issues as possible. We want to provide greater industrial contributions from different perspectives. Our focus will be on growth, which we will closely follow. We will maintain the target that was set in Brisbane."

In addition to stating that Turkey will put an emphasis on economic issues in 2015, Davutoğlu remarked, "We will concentrate on interaction and investment as the main targets of economic development and growth. The other issue Turkey will lay stress on is employment as unemployment has caused many problems since the 2008 economic crisis which affected workers' incomes negatively. Turkey will focus on this issue because it is not possible to bring about social order without creating employment. Next year is important in terms of the U.N. system and the U.N.'s growth agenda. We will try to build a commercial and growth bridge between countries whether they are members of the G20 or not. Turkey will follow the IMF's 2010 Quota and Governance Reform as well."