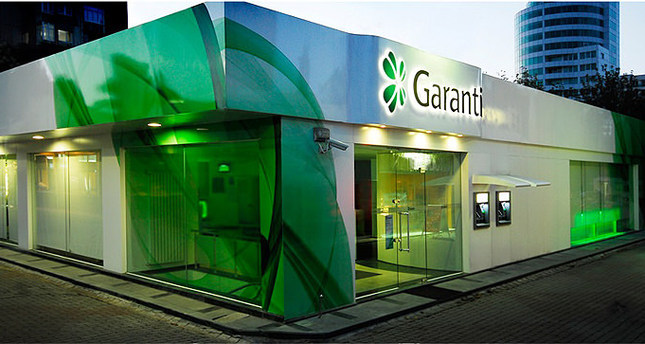 by Daily Sabah with Reuters
Nov 19, 2014 12:00 am
BBVA (Banco Bilbao Vizcaya Argentaria), one of the biggest banks in Spain, has agreed to pay 2 billion euros ($2.50 billion) to acquire a 14.89 percent stake in Turkey's Garanti Bank and raise its total holding to almost 40 percent.

After buying the additional 14.89 percent stake from Turkish conglomerate Doğuş Holding, the BBVA, which currently owns 25 percent of Garanti, will now have the right to nominate seven of the bank's 10 board members, but will be under no obligation to make a mandatory offer to remaining shareholders in Garanti.

BBVA, which makes most of its profit outside its home market, stated in March that it would continue to bet strongly on Turkey even amid political uncertainty in the country at the time.

Garanti has been a bright spot for Spain's second-biggest bank this year. BBVA's net profit for the first nine months fell 37 percent to 1.93 billion euros - but Garanti's contribution of 235 million euros represented a rise of 20 percent.

Doğuş Holding, whose interests range from media and restaurants to ports, has been expanding in sectors including hospitality in recent years but has so far not commented on why it would want to reduce its stake in Garanti.
Last Update: Nov 20, 2014 10:15 am