New bridge to be constructed on the Dardanelles 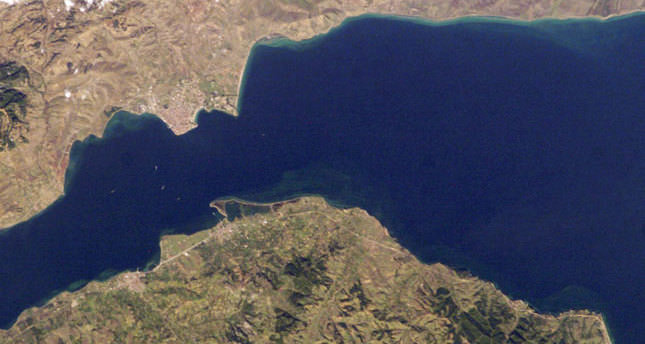 by daily sabah
Nov 21, 2014 12:00 am
Minister of Transport, Maritime and Communication Lütfi Elvan has announced the building of a new bridge on the Dardanelles. Making the comments during a televised interview, the Minister of Transport, Maritime and Communication said that they are working on mega projects that will come into effect in the medium term in order to solve Istanbul's traffic problems.

Elvan noted that they are planning to remove heavy vehicles from Istanbul's traffic and will build a new bridge on the Dardanelles to ease this problem. "We do not want Thrace and Europe-bound heavy vehicles to pass through Istanbul. We are studying projects to allow the transporters that are going from the Aegean and central Anatolian regions to Thrace and Europe to reach their destination via the Çanakkale, Tekirdağ, Edirne and Kapıkule border gates , without entering Istanbul.

"We are planning to construct a bridge on the Dardanelles. We will make the whole Marmara Region a ring road with highways, which will considerably relieve Istanbul's traffic," Elvan said.

Elvan remarked that the third bridge being constructed on the Bosporus will not totally solve traffic problems but will relieve it to some extent, continuing, "Once the Eurasia Tunnel comes into effect, it will also provide significant relief. Apart from all this, as the ministry, we are still working on projects to ease traffic in Istanbul."