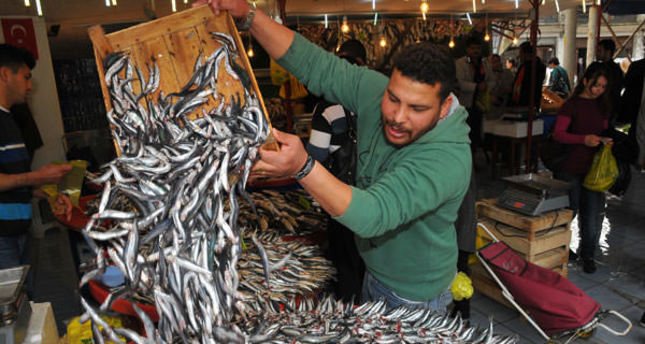 The EU Commission's decision to exact an additional duty on Turkish trout exports implemented in November, evaluated as causing unfair competition, will have negative effects on the Turkish fish industry. The EU commission has shown the incentives granted by the Turkish government as an excuse to impose additional taxes on trout products imported from Turkey, the number one trout exporter of the EU.

Reacting to this decision, Dean of Katip Çelebi University's Fishery Faculty Professor Dr. Ahmet Adem Tekinay claimed that imposing such an additional tax on no other country but Turkey was unfair and that a nine percent additional tax is unacceptable. "Upon the application submitted by Denmark six months ago, the anti-dumping and compensatory tax investigations have come to an end and the European Commission decided to impose a nine percent additional tax on Turkey. It was implemented in the month of November after the decision was published in the Official Gazette. As a result, when we consider 27,000 tons out of 120,000 tons of trout that is produced in Turkey is being exported, it is evident that our exports will suffer from such a decision," said Tekinay.

Underlining the fact that exports to the EU are discouraged in this respect, Tekinay also stated that forces are trying to prevent Turkey becoming one of the most prominent brands on the European market.

"The basis of this tax is claimed to be the incentives granted to Turkish fisherman by the Ministry of Food, Agriculture and Livestock. However, such incentives are no more than 2 to 3 percent. They are claiming that they should receive such incentives back through taxes," stated Tekinay. Such a decision will be beneficial for other fish exporters such as Denmark, Norway, the Netherlands, Germany, Poland and Romania. "European tables are all full of fish exported from Turkey. In order for the EU to revise such a decision, the government needs to take firm steps. The Ministry of Food, Agriculture and Livestock can review such incentives provided; they may grant indirect incentives instead of direct ones," said Tekinay.

He further warned that the Turkish fishery industry may suffer a great deal if no precautions are taken and if such prejudiced behavior is not stopped as soon as possible. Tekinay said that as a result, Turkish producers will try to sell their stocks to domestic markets, which in the end would mean prices would move too lower and destroy smaller producers. He added that the Turkish government should take precautions in order to prevent a crisis in the sector.