Iran is determined to improve trade relations with Turkey 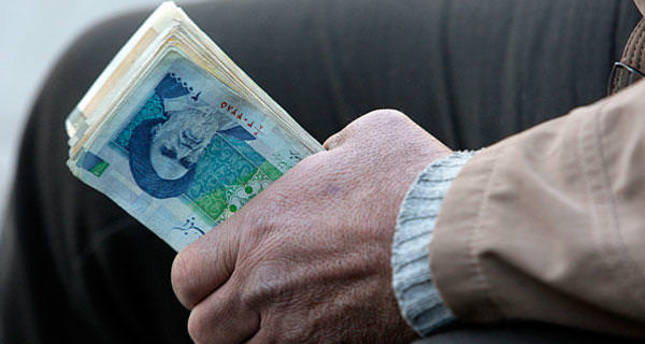 Iranian Economy Minister Ali Tayyeb-Nia said that it is not difficult to increase trade volume between Iran and Turkey to $30 billion, suggesting that the two countries, which are affected by sanctions, should carry out bilateral trade transactions in Turkish lira (TL) or Iranian rial (IRR). "Our trade volume, which was around $22 billion to $23 billion in the past years, shows us that it is not difficult to achieve this goal, for which we need to implement a series of commercial arrangements. The two countries' officials held very positive talks on the matter, and we are continuing our constructive talks to strike cooperation between our banks," Tayyeb-Nia said. Tayyeb-Nia underscored that the two countries can eliminate the negative impacts of sanctions and ease mutual trade if they used TL or IRR, rather than the U.S. dollar in their trade transactions, adding: "In addition to this, our customs ministers reached cooperation deals that will eliminate problems in transportation and dispatching. I hope all this will enable us to reach $30 billion in trade."

Tayyeb-Nia also stated that the problem with trucks between Iran and Turkey was solved via a suggestion by President Recep Tayyip Erdoğan. Tayyeb-Nia continued: "Iran accepted Erdoğan's suggestion that he put forward during his talks with President Hassan Rouhani and agreed to seal the fuel tanks of trucks on the borders. We officially informed Turkish authorities about this last week. I hope we will completely solve this problem when Turkish authorities visit Iran for a final agreement in the upcoming days. We think that Iranian-Turkish relations are so strong that they will not be affected negatively by such minor problems." Tayyeb-Nia noted that they want to develop joint projects with Turkey in tourism, adding: "The two countries' presidents held talks for common projects. We think that cooperation in tourism will be beneficial for both countries. With common programs and tourism packages, we can enable tourists coming to Turkey to visit Iran and vice versa."

Tayyeb-Nia said that they have a hotel shortage in Iran's historical and touristic sites and that they plan to construct more hotels at these sites. "The companies from our neighbors, especially from Turkey, came to Iran and made observations in the country, as they wanted to invest in the Iranian tourism industry. They said they wanted to join investments in this field," Tayyeb-Nia added. "We do not consider Turkey as a neighbor alone, it is also a sister country to us. With the elimination of sanctions, our relations will work to the benefit of the two countries' people. We will see that our relations will improve further with continuous and common development," Tayyeb-Nia concluded.