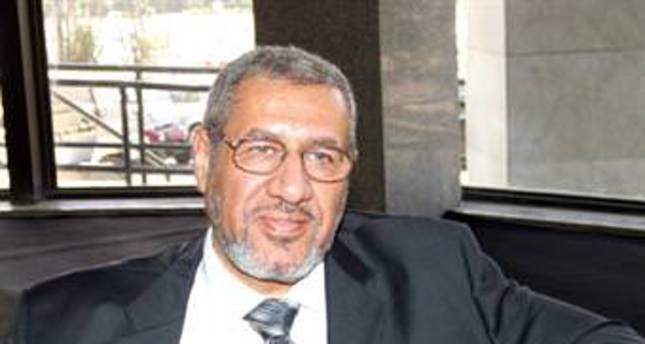 Al-Wohaib stated that the ITFC - an autonomous entity of the IDB - is planning to increase its annual trade financing volume in Turkey by $700 million within the next three years; an achievable figure due to the recent inauguration of the IDB's Istanbul Gateway Office. The ITFC has been working with numerous banks in Turkey since its official opening in 2008 with current ITFC products trading in favor of Turkish corporations and bank amounting to approximately $1.65 billion. Al-Wohaib added that the corporation's portfolio has ballooned from $50 million to $445 million within a few years with the biggest signings coming from Eximbank.

"This last year, which is almost finished, we provided $200 million to Eximbank to forward onto local companies using Islamic finance - using a two-step murabaha [an interest-free bank instrument where the bank acts as a middleman in the purchase and sale of goods for clients]."

Murabaha is still the most popular sukuk (Shariah-compliant lease certificate) among borrowers representing just over 42 percent of all issuances currently. Other types of sukuk are becoming increasingly popular after HSBC's $500 million deal in 2011 that jogged the attention of non-Muslim majority markets. On Friday, the first sukuk of an international financial institution began trading the Borsa Istanbul's Debt Securities Outright Purchases and Sales Market. The Islamic Development Bank, of which Turkey is a shareholder, issued six sukuk worth just over $6 billion that are expected to promote Turkey as an international finance hub.

"We believe Turkey is very important. In the beginning I noticed, as the first CEO for the ITFC, that Turkey benefitted about $50 million each year. So, in October 2008 I made an announcement [to the] media that our organization would push for a target of $500 million within five years. [Thank God], we are now at about $450 million."

Al-Wohaib said that according to reports he had received during meetings over the past two days, Kuveyt Turk - 62 percent of which is owned by Kuwait Finance House, the third largest Islamic bank according to the International Business Times - is now the biggest Islamic finance institution in the country in terms of asset base.

"This means that Turkey's economy can produce a lot of strong organizations. So, as Turkey grows more, Islamic finance and investment, which is now worth about $1.7 trillion, will see good progress in the next few years," al-Wohaib said.

The Dubai-based Noor Bank is also reportedly eyeing off the Turkish finance market in an effort to escape the competitive banking climate of the emirates, CEO Hussain al-Qemzi told Reuters last week. Qemzi said that Turkey is of particular interest to Noor as the bank has already implemented syndications for Turkish borrowers worth more than $4.5 billion since 2010, $2.1 billion of which was initiated in the past 18 months.

Furthermore, According to EY Global Financial Services Institute's World Islamic Banking Competitiveness Report for 2013-14, Turkey is among a group of 25 rapid growth markets (RGMs) that are expected to contribute to 50 percent of global GDP, 38 percent to global consumer spending and 55 percent to fixed capital investment by the year 2020. EY also speculates that six of the 25 RGMs, known collectively as QIMSUT (Qatar, Indonesia, Malaysia, Saudi Arabia, the United Arab Emirates and Turkey) will be the "driving factors" behind the next big wave in Islamic finance, which as of 2013, has grown on average 17.6 percent annually over the last four years.

Islamic banking follows the principles of Shariah, which forbids the issuance and acceptance of interest and promotes investment in the real economy.