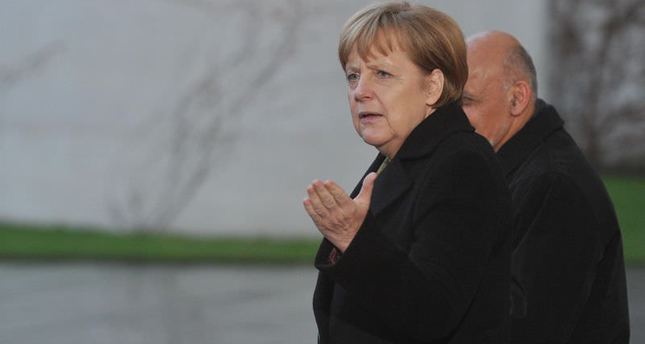 by Associated Press Dec 07, 2014 12:00 am
German Chancellor Angela Merkel is adding to the pressure for eurozone heavyweights France and Italy to do more to get their finances and economies in order.

The European Union's executive commission last month opted against sanctioning the two countries right now for missing public finance targets, giving them until the spring to come up with better plans to cut their debts and deficits.

Merkel a leading advocate of budget discipline and structural reforms whose country has Europe's biggest economy was quoted as telling Sunday's Welt am Sonntag newspaper that the decision is "justifiable" because France and Italy are in the process of reforming. But she added: "The commission has made clear that what is on the table so far isn't yet enough. ı agree with that."

Last month, the EU gave France - along with fellow deficit laggards Italy and Belgium - an extra three months to fix their budgets but warned they would still incur penalties if they failed to curb spending.

The European Commission, the EU's executive arm, singled out France for special criticism, saying it had made "limited progress" in reducing fiscal red ink. France is set for a deficit of more than 4 percent of GDP in 2015, above the EU ceiling of three percent.

Deep divisions have emerged in Brussels over how to handle Paris and Rome's failure to bring their books in order, with Berlin preaching fiscal discipline and leading the call for the two to meet their commitments.

Germany's Commissioner Guenther Oettinger wrote an article last month in which he criticised France for breaking the rules. "It would not be credible to extend the deadline without asking for very clear, concrete steps in return," said Oettinger, who is a close ally of Merkel.