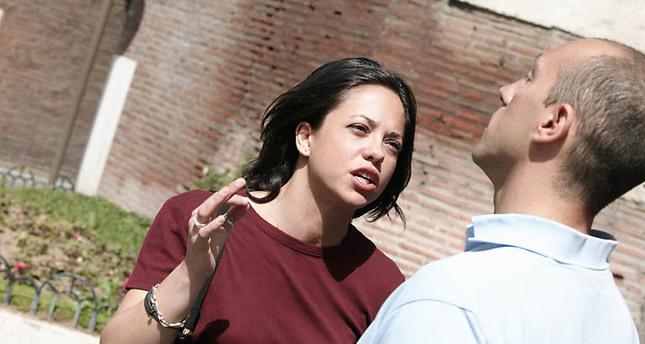 by Daily Sabah Dec 25, 2014 12:00 am
Call Center ALO 170 of the Labor and Social Security Ministry announced that it has received 8,873 complaint calls from men and 6,889 calls from women. Since the line was opened in 2011 upon a Circular from the Prime Ministry to provide psychological consultancy and support to callers, 15,762 people have called.

It was noticed that calls for filing complaints for mobbing have increased when compared to previous years; 2,001 people called the line in 2011, 2,850 in 2012, 4,870 in 2013 and 6,041 in 2014. Out of all the mobbing complaints, 11,629 were regarding companies engaged in the private sector and 4,133 were related to public enterprises. While 39 percent of the callers who filed complaints against public enterprises are university graduates, 38 percent of the callers filing complaints regarding private institutions are high school graduates. The callers were mostly aged between 29 and 33. The main topics of the complaints were "forcing someone to resign," "verbal harassment" and ill treatment at work. It was further noted that 67 percent of those who were accused of mobbing are in "chief/adviser" positions.