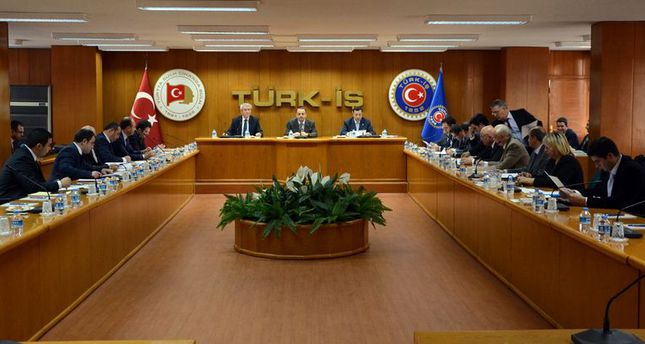 by AA Dec 25, 2014 12:00 am
A third meeting of the Minimum Wage Determination Commission in Turkey ended in Ankara on Thursday, without any agreement.

The commission of representatives from labor and employer unions as well as from the government had already met twice to attempt to reach an agreement on the new minimum wage. It is currently at 846 Turkish liras net ($365) per month.

"The officials are saying that the economy is good and that people earning the minimum wage should be given their share of the prosperity," Nazmi Irgat, a representative of the Confederation of Turkish Labor Unions (Turk-Is) said.

The net minimum wage rose 5 percent to 846 Turkish Liras in the first half of 2014. In Turkey, the minimum wage is calculated in terms of monthly pay, not hourly.