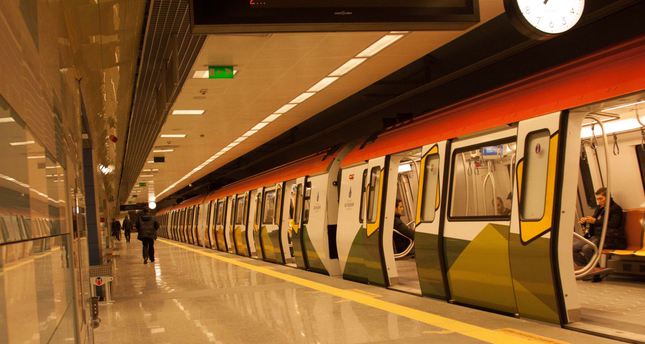 by Kerim Ülker Dec 25, 2014 12:00 am
With Western sanctions leading to tough days, Iran has entered a new temperate era with its new president, Hassan Rouhani. Aiming to increase economic cooperation in the global arena, Iran is carrying out significant projects in cooperation with Turkey. Besides a 300-kilometer-long highway project, the most important project in Iran's infrastructure was chartered to Turkey. Iran gave the Tabriz subway project to Ankara-based Bergiz İnşaat. Berfu Tutumlu, a member of Bergiz İnşaat's executive board, said that the subway project will be completed for $850 million. Tutumlu added, "The subway line for which we signed a pre-settlement agreement, starts at Tabriz Airport and connects to the Southern Ring Road passing through the city center. We want to complete the project by 2017. A panel of officials came from Tabriz and looked into our operations."

Pointing out that Bergiz İnşaat had been given the Tabriz-Bazargan Highway Project, one of the most significant highway projects in Iran, Tutumlu stated, "We signed a 255-kilometer-long highway project with Iran. The build-operate-transfer model will be used in the project, costing nearly $1 billion. Including the subway, the total cost will reach $1.8 billion."

For the Tabriz-Bazargan Highway Project, Turkey and Iran established an associated company together. While Bergiz İnşaat owns 65 percent of the total shares of the new company, the Ministry of Roads and Transportation of Iran owns the rest.