Lawyer holds petition for Sony to release ‘The Interview’ in Turkey 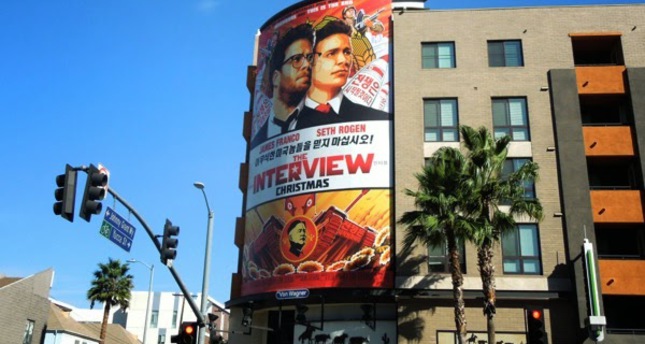 The controversial comedy ‘The Interview’ is screened in U.S. cinemas after a cyberattack and North Korean’s threats. Turkish lawyer Senih Özay wants the film to come to the silver screens in Turkey too

The world has been discussing the controversial film "The Interview" for almost a week. North Korea was furious at the release of Sony Picture's film because it parodies their "Dear Leader" Kim Jong-un. After it was hacked and threatened, Sony decided to cancel the film's release. However, U.S. President Barack Obama chastised Sony Pictures for shelving the satirical movie following a North Korean cyberattack and vowed that the United States would take retaliatory action against the hermit nation. After Obama's reaction, Sony announced that "The Interview" would get its Christmas Day release after all, showing in more than 200 independent theaters across the country. Now, Senih Özay, a Turkish lawyer and the father of famous Turkish actress Gupse Özay, wants the film to come to theaters in Turkey. Özay wrote a petition to Sony's Turkey General Directorate for the release of the film in Turkey. He also made a petition to Turkey's Cultural Ministry and asked how the government would assume an attitude for the controversial movie's release. He said, "The film's release is very important from the point of freedom of expression. I asked Sony authorities whether the movie would come to theaters in Turkey. If not, I want to buy its license. I would sell my car for the license if I have to and ensure the film is released in Turkey. I would do it for the individual rights of Turkey."

Meanwhile, the online gaming networks for Sony's PlayStation and Microsoft's Xbox consoles - that were hot gifts this Christmas - went dark in what hackers said was a coordinated attack. The disruption started on Christmas Day and went into Friday, PlayStation and Xbox said on their Twitter feeds, adding that they were working to restore service. A subsequent message posted to the Xbox status page early Friday upgraded service to "limited" - a sign that support teams were making inroads in fixing the problem. A new Twitter user going by the name "Lizard Squad" took credit for the disruption, claiming it had the "nation on strings." The name is the same used by a group of hackers that has targeted Sony in the past, though it was not possible to verify the Twitter account's authenticity. This month Sony was hit by a sophisticated hacking attack that stole massive amounts of data from its servers.