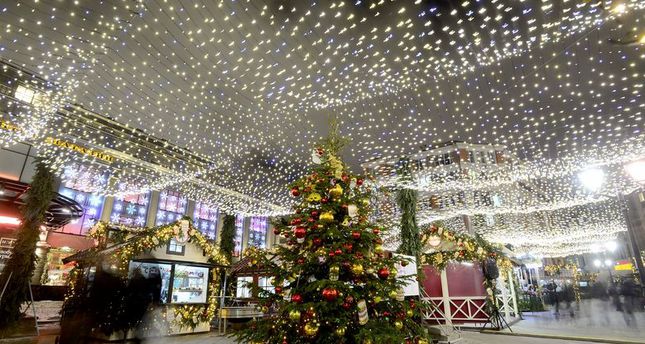 by Özge Yavuz Dec 28, 2014 12:00 am
Sales before New Year's have increased by 20 percent compared to last year, with shopping malls the main beneficiary. Many mall and other retail shops are now open till midnight, and turnover this year is higher than last year in December, which is one of the most profitable months along with religious holidays.

The general manager of one of Istanbul's largest malls İstinye Park, Tolga Engin, reached almost full capacity on the weekends, with sales greater than last year.

Saat & Saat CEO Ramazan Kaya also noted an increase of around 30 percent in turnover when compared to last year and that consumers also purchase things for themselves along with picking up gifts for their family and friends. "We were well-prepared for the holiday season. We managed to attract consumers with promotions and ad campaigns. Shopping malls being open till midnight also attracts more visitors and consumer," said Kaya.

Online sales are also increasing, and sector representatives noted that sales of mobile phones, computers, laptops and other electronic appliances increase during these months and that turnover has increased by 20 percent when compared to the same term last year.

The general manager of sanalpazar.com, Cem Kesici, underlined that while cancellation of payments in the installments option has caused stagnation in sales of cellphones, sales recovered in December.