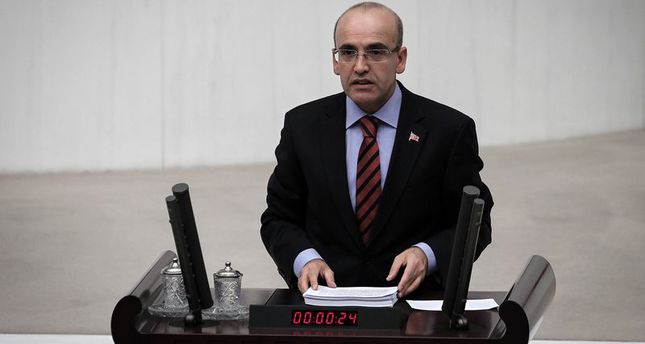 by Anadolu Agency Dec 28, 2014 12:00 am
The Finance Ministry announced on the Revenue Administration's website that a total of 14,247 individuals and establishments each have tax liabilities and penalties of more than TL 1 million ($430,000) as of November 30, 2014. The total taxpayer debt is over TL 15 billion.

Hilmi Başaran, İmarkbank's former general manager, who stood trial on charges of financially damaging the bank, topped the list with a tax debt of TL 839.4 million.

There are many branch banks on the list along with a number of electronics, food, finance, energy, textiles, construction, industry, media and tourism companies.

Concerning the disclosure, Finance Minister Mehmet Şimşek said: "[W]e protect the rights of those who fulfill their civic responsibilities by paying taxes in due time. Everyone should recognize these unashamed [people] who are indebted to 77 million people."

Şimşek said that they are entitled by law to carry out this practice: "We strictly apply the provisions of execution on those who do not pay tax debts. A significant portion of this debt consists of insolvents. Those who do not wish to undergo follow-up by execution should apply to tax offices to pay their debts. They will be definitely lent assistance according to the present regulations."

Finance Minister Şimşek announced that tax offices will be transformed into branches that are focused on the customer-service-based banking model. Speaking to Anadolu Agency (AA), Şimşek noted that while there are many tax offices in a city, they will strive to gather all such units and services provided by such offices under one roof. Şimşek said that many routine transactions performed by these offices can also be performed at branches and the implementation of this system will be a crucial reform and the pilot scheme will be initiated in 2015 in Eskişehir.

Şimşek also shared the details of this new model and said that tax offices will be standardized like bank branches to ensure taxpayer satisfaction and function proactively. He also added that the branches will open in locations where population and economic activities are concentrated, thus bringing service to the doorsteps of citizens.

"These branches will be standardized like bank branches with same colored counters, offering the same services and functioning in the same order, thus enabling citizens to perform their transactions more easily and quickly. Since the branches will be established in economy and population dense locations, citizens will have a higher level of access. Such branches may even be opened in shopping malls," said Şimşek.

The number of branches that will offer service will be determined in line with the requirements of the population and if there are tax offices that are currently in unsuitable locations, such offices will be closed and replaced with new ones in more convenient locations. This program aims to increase consistency while eliminating additional unnecessary costs for both citizens and administrations. "Furthermore, division of labor and work specialization will increase and time and money will be saved," Şimşek said.

He continued that with this new model a new savings tool will emerge and tax office directorates and branches will carry out all transactions electronically to save paper as any kind of transaction on paper will immediately be transferred to a digital medium and ensure faster and more effective transactions.