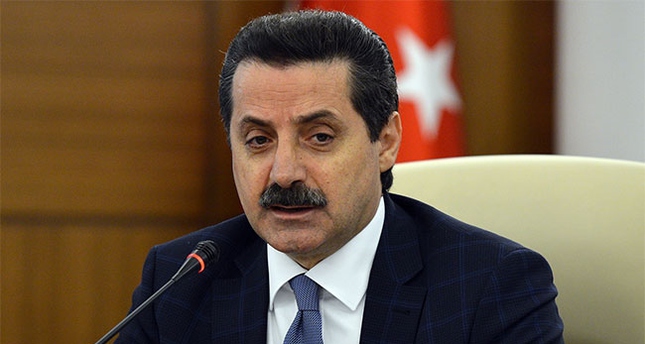 by Daily Sabah Dec 31, 2014 12:00 am
The minimum wage in 2015 has been determined as 6 percent for the first six months of the year and an additional 6 percent for the second six months of the year. Labor and Social Security Minister Faruk Çelik announced that minimum wage will be raised to TL 949 ($410) in the first six months and TL 1,000 in the second six months, an average increase of 12.30 percent in total. Çelik added that new legislation will come into force in 2015 and a worker with three children will not pay income tax. Before the negotiations ended, President Recep Tayyip Erdoğan visited Türk-İş on Monday to listen to their problems and expectations - a first in Turkish history where a president visited workers personally.

A file was presented to Erdoğan in the meeting with workers' requests for expanded regulations on matters such as subcontracting, taxes and mining. Before the final meeting, the government had said that the minimum wage will be raised by 3 percent in the first six months of the year and 3 percent in the second. The Turkish Statistical Institute (TÜİK) had presented a report to the Minimum Wage Determination Commission that indicated a manual laborer requires at least TL 1,424.70 to ensure minimum subsistence. The Confederation of Progressive Trade Unions of Turkey had requested a minimum amount of TL 1,800. In contrast, Türk-İş was requesting a minimum amount of TL 1,232 and a decrease in income tax from 15 percent to zero. The minimum net wage is currently set at TL 891.03 per month.