Applications for US jobless aid to increase 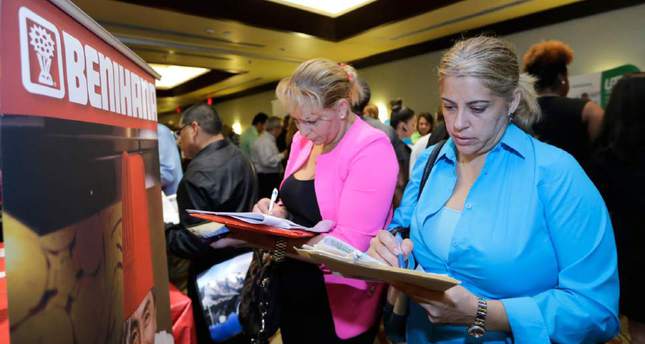 by Associated Press Jan 01, 2015 12:00 am
More Americans sought unemployment benefits last week, but the number of applications continues to be at historically low levels that suggest solid economic growth will continue. The Labor Department said Wednesday that applications for unemployment benefits climbed 17,000 last week to a seasonally adjusted 298,000. The four-week average, a less volatile measure, rose 250 to 290,750. That average has plummeted 17.5 percent in the past 12 months.

Applications are a proxy for layoffs. For almost four months, applications for jobless aid have hovered at relatively low sub-300,000 levels. That suggests that employers expect strong economic growth to continue, causing them to hold onto their staff and potentially hire additional workers. As fewer people have sought unemployment benefits, job growth has steadily accelerated and helped fuel the economy. The economy expanded at an annualized rate of 5 percent during the July-September quarter, the strongest performance in 11 years. That follows a 4.6 percent annual rate in the April-June quarter, the government reported last week. As growth has strengthened, so has hiring. Employers added 321,000 jobs in November, bringing the total for the first 11 months of 2014 to 2.65 million new jobs. That already makes 2014 the best year for hiring since 1999. The unemployment rate held steady at 5.8 percent, down from 6.7 percent at the start of the year. Still, wage growth has lagged hiring. Average wages increased only 2.1 percent in the past 12 months. That means that incomes are only barely outpacing inflation, with core consumer prices which excludes volatile energy and food costs up 1.7 percent over the past 12 months.