US dollar enjoyed its best year in a decade 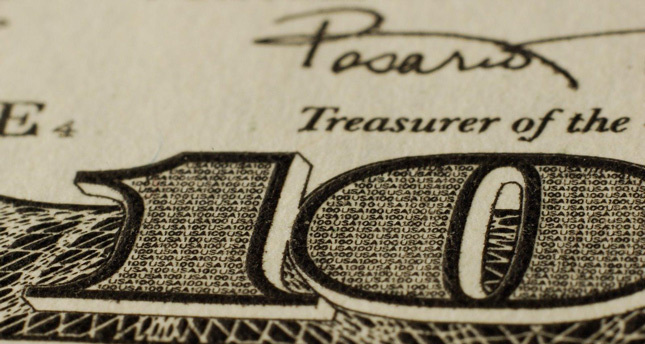 The dollar was set to end 2014 with a gain of more than 12 percent against a basket of major currencies yesterday, its strongest year in almost a decade and, according to most major banks, just a prelude to a further rise next year. Some year-end adjustments to market positions have given the yen and the euro respite in thin trading over the Christmas period, but the overwhelming consensus is that the single currency will fall below $1.20 in the first quarter.

This year's gain will be the greenback's largest since 2005, when it climbed nearly 13 percent, and only the third year in 30 in which it has gained more than 10 percent. The contrast between the U.S. Federal Reserve's path toward rises in interest rates next year and stimulative monetary policies in the euro zone and Japan drove the dollar index to a

more than 8-1/2-year high on Tuesday. "Recent solid data has reinforced the view that the U.S. economy is improving enough for the Federal Reserve to consider raising interest rates in mid-2015," said Kit Juckes, a strategist with French bank Societe Generale in London. "If the Fed hikes rates (even once), 2-year yields will be a lot higher than this in a year's time and the dollar will be stronger." The dollar index, which measures its value against a basket of six major currencies, last stood flat at 89.979. There are lingering doubts. The dollar has come a long way in a hurry and it is not clear whether further gains in the first half of next year might help dissuade the Fed from raising

rates. Many also worry an increasingly turbulent atmosphere in developing markets - and most importantly China - may be a harbinger of worse things to come. Political turmoil that may again threaten Greece's presence in the euro has added to such broader concerns over growth and the balance of the global financial system, prodding investors towards the traditional safety of the yen this week.

Still, the dollar has risen more than 13 percent versus the yen this year and the gains have only accelerated around an election that strengthened the mandate for Prime Minister Shinzo Abe's policy of flooding the market with yen. For 2015, "if you ask whether the dollar is likely to head in the direction of 100 yen or head toward 130 yen, I think it will be the latter," said Teppei Ino, an analyst for Bank of Tokyo-Mitsubishi UFJ in Singapore. By 0841, the euro was steady at $1.2155. The yen was 0.14 percent lower at 119.645.