2014: The year of mergers and acquisitons 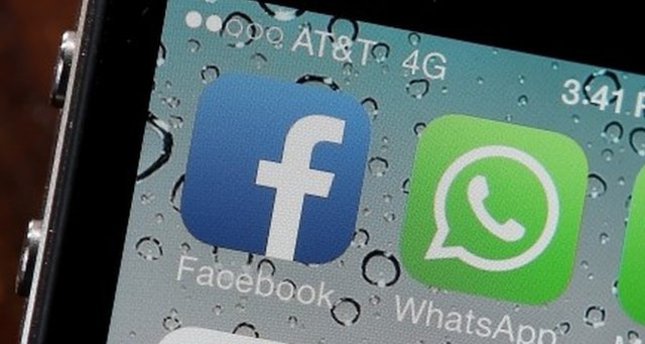 by Hakan Baş Jan 02, 2015 12:00 am
2014 has been a banner year for corporate mergers, with more than $3 trillion in deals announced worldwide. Many of them including American companies.

There have been some enormous ones in the pharmaceutical world. Drugmaker Actavis buys the manufacturer of Botox, Allergan, for $66 billion. There are more than $400 billion of announced deals in the health care sector overall. Media mega-deals were a part of this boom too. Comcast agreed to pay $45 billion for Time Warner Cable.

Why is this good news for investors? Because the market loves mergers and acquisitions. Not only do deals reveal confidence in the economy and stock market, but they take shares out of circulation, making remaining shares more valuable. The outlook for mergers and acquisitions in 2015 is for even more growth. Here's a look back at the ten biggest M&A deals of 2014:

In May, AT&T agreed to buy DirecTV for about $48.5 billion in yet another mammoth deal in the pay-TV space this year that would immediately boost the telecom giant's customer base at a time of confounding industry challenges. "Customers will be able to get wireless, voice, data, TV and home security from the same company nationwide," says Roger Entner, an analyst at Recon Analytics. "It allows (AT&T) to grow the share of consumers' spending on telecom."

In February, Comcast had agreed to buy Time Warner Cable for $45 billion in a deal that would combine the two biggest cable companies in the United States. Analysts say the consolidation could help Comcast to compete with satellite providers like DirecTV, wireless phone companies like AT&T (T) and new streaming services like Netflix (NFLX). Now, by swallowing Time Warner Cable on its own, Comcast will gain even more leverage over the country's marketplace for television, broadband Internet and phone services.

Comcast has about 23 million television subscribers. With millions more subscribers, Comcast will add muscle in its negotiations with cable channel owners like The Walt Disney Company (DIS) and Time Warner (TWC), the parent company of this website. (Time Warner Cable was spun off from Time Warner in 2009 and no longer has any connection to the owner of CNN, HBO and Warner Bros.)

In June, medical device maker Medtronic has agreed to buy rival Covidien for $42.9 billion in a deal that could reduce the firm's tax payments. The combined company will be headquartered in Ireland, where Covidien is based.Medtronic (MDT) had been based in Minneapolis. The merger is the latest in a series of transactions that have allowed U.S. companies to relocate their headquarters to countries with lower tax rates. Ireland's main tax rate for corporations is 12.5 percent; the 35 percent U.S. federal rate is among the highest in the world.

Relocating is not as simple as opening an office in London or Ireland and telling authorities your tax base has changed. The U.S. has blocked this strategy, so a corporate takeover is required. Other countries that are known for low corporate taxes are Switzerland, Singapore and Luxembourg. Most companies veer away from France because of its historically high taxes. Health care companies have been particularly aggressive in pursuing so-called inversions.

In its largest acquisition Facebook has bought a mobile messaging service WhatsApp for $19 billion in cash and stock in February. The purchase of WhatsApp is Facebook's largest acquisition to date. The acquisition of the hot messaging service with more than 450 million users around the world stunned many Silicon Valley observers with its lofty price tag. But it underscores Facebook's determination to win the market for messaging, an indispensable utility in a mobile era.

Combining text messaging and social networking, messaging apps provide a quick way for smartphone users to trade everything from brief texts to flirtatious pictures to YouTube clips - bypassing the need to pay wireless carriers for messaging services. And it helps Facebook tap teens who will eschew the mainstream social networks and prefer WhatsApp and rivals such as Line and WeChat, which have exploded in size as mobile messaging takes off. Smartphone-based messaging apps are now sweeping across North America, Asia and Europe.

As part of the deal, WhatsApp co-founder and Chief Executive Officer Jan Koum joined Facebook's board, and the social network granted an additional $3 billion worth of restricted stock units to WhatsApp's founders, including Koum.

Actavis buys Forest Laboratories for $25B

Actavis, the highly acquisitive Dublin-based drugs maker, has agreed to buy New York's Forest Laboratories for $25 billion in February, its biggest purchase to date. According to Actavis and Forest, the combination could realise as much as $1 billion in synergies, and they expect double-digit boost to non-GAAP earnings in 2015 and 2016.

Of the $1 billion in synergies, 10 percent will come via tax savings, with an estimated tax rate for the combined group in 2015 of 16 percent. The tie-up with Actavis would create a combined company with annual sales of about $15 billion. Actavis has global headquarters in Dublin and US administrative headquarters in Parsippany, New Jersey. It has commercial operations in some 60 countries. It has about 19,000 employees and last year reported revenues of $6 billion and adjusted earnings of $1.4 billion. The deal delivers a major payday to activist investor Carl Icahn, the second-largest shareholder in Forest, who waged two proxy battles and threatened a third to change its leadership and strategy.

Holcim Ltd. and Lafarge SA agreed to form the world's largest cement maker as they sell assets with 5 billion euros ($6.9 billion) in revenue to win regulatory approval for the biggest European deal this year. About two-thirds of the divestments will come from Europe, according to Lafarge Chief Executive Officer Bruno Lafont. The new entity, with $40 billion in annual revenue, may also sell assets in Canada, the U.S., Brazil, India and China. Combining Jona, Switzerland-based Holcim and Paris-based Lafarge lets the cement producers unite operations after the global recession eroded demand for building materials and pushed some of the industry's kilns to run at a loss.

The two companies have a combined market value of more than $50 billion. The transaction was the second-biggest deal announced globally this year, after Comcast Corp.'s bid for Time Warner Cable Inc. At least four billionaires own shares in Holcim or Lafarge, including Egypt's richest person, Nassef Sawiris; Belgium's Albert Frere; Switzerland's fourth-richest individual, Thomas Schmidheiny; and Georgia-born Filaret Galchev, according to Bloomberg data.

General Electric has been given the green light to buy Alstom's energy business for an estimated $17 billion after harsh competition with Siemens and Mitsubishi. The deal gives GE wider access to power plants in Asia and Africa, with Alstom getting a stronger footing in the U.S. railroad business. To facilitate the deal, the French government agreed to purchase a stake in the manufacturing company from Alstom's leading shareholder, Bouygues.

The agreement cleared way for the American giant to complete its acquisition of the French firm's energy unit. Government control of private transactions is granted in France according to the policy adopted after World War II. The practice aims to prevent job losses in the country's companies and the relocation of production abroad. The French government warned earlier it wouldn't sign off on GE's acquisition until it bought most of Bouygues's Alstom stake. French Industrial Renewal Minister Arnaud Montebourg told that the government would purchase the stake when Alstom shares were trading lowest on the stock market. The U.S. company acquires Alstom's gas-turbine business, which is the largest part of the company's power-equipment unit.

Novartis and GlaxoSmithKline have agreed to swap a series of assets in a multibillion-dollar deal that will reshape two of the world's biggest drugmakers in April. According to the deal, GSK sells its portfolio of cancer drugs to Novartis for up to $16 billion and buys the Swiss group's vaccines unit for up to $7.1 billion, while the pair combine their consumer health businesses in a joint venture controlled by the U.K. group.

The deals represent the most significant moves so far by Joe Jimenez, chief executive of Novartis, and Sir Andrew Witty, chief executive of GSK, to restructure their businesses in search of stronger growth. The deal leaves GSK focused on four main businesses - respiratory conditions, HIV, vaccines and consumer healthcare - and reduce the company's dependence on high-risk drug development.

Analysts at Panmure Gordon said the deal represents the biggest peer-to-peer co-operation seen in the pharmaceuticals sector and should benefit both companies and unlock significant shareholder value. The deal highlights an industry-wide trend for drugmakers to bulk-up in areas of strength while divesting non-core assets.