Central Bank: Recovery will be gradual 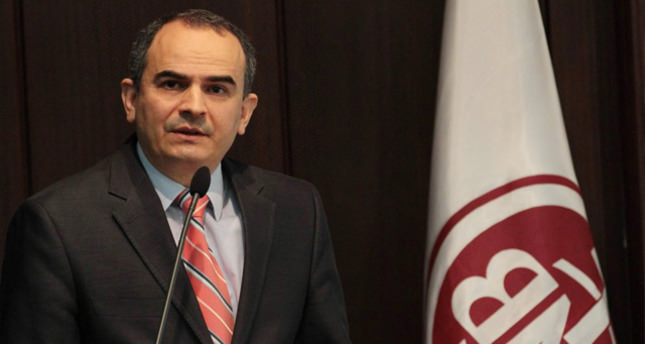 by Şeyma Eraz Jan 03, 2015 12:00 am
A gradual economic recovery may be expected in 2015, accompanied by a decrease in inflation, the Central Bank of the Republic of Turkey (CBRT) said in a statement released on Wednesday. The CBRT expects that in this gradual recovery private demand "contributes to growth at moderate levels." Inflation will decrease driven by the fall in energy prices, the bank said. The CBRT expects that inflation will decline in line with the forecast presented in the bank's inflation report throughout 2015 "at a faster pace in the first half of the year." But oil and natural gas are not the only commodities whose prices are falling. "The fall in commodity prices, due to the weak global demand is expected to improve the current account balance by restricting the aggregate spending on imports," the bank said.

A slight slowdown in exports is supporting this trend. "Europe's slowing economy and geopolitical tensions have caused exports to lose some pace. However, favorable developments in the terms of trade and the moderate course of consumer loans are expected to contribute to the improvement in the current account balance."

One particular concern is that capital flows to emerging markets may continue to be volatile in 2015. "The ongoing uncertainty about the normalization of global monetary policies causes the global risk appetite and capital flows to be data sensitive. The CBRT has a rich set of policy tools to use against an earlier than expected policy rate hike by the Fed," it said in the statement. Such a rate hike has caused capital flight from Turkey to the U.S. in the past.

The bank's statement was an indication of the course of discussion at the last Monetary Policy Committee meeting on Dec. 24, the meeting at which the decision to leave interest rates on hold was made. Economist and Nişantaşı University President Dr. Kerem Alkin told Daily Sabah that if new pressures on domestic demand do not arise then Turkey can succeed turning falling energy prices to an advantage and economic growth would be better than 2014 and reach 3.5 percent. Alkin further added if a 1.5 point decrease in inflation can be provided until March the CBRT would implement a 1 point decrease on interest rates in its meeting on March at the latest. CONTRIBUTED BY AA