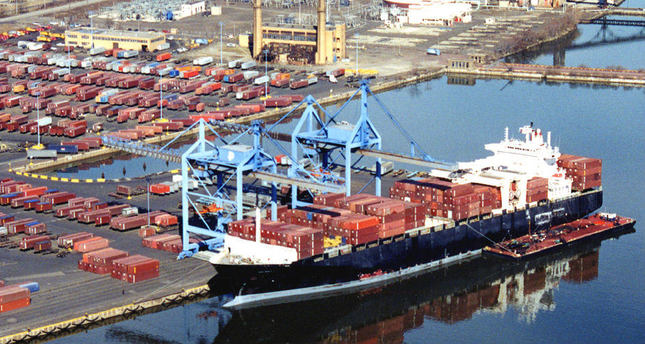 by Jan 03, 2015 12:00 am
According to the Manufacturing Industry Cost Index, which examines the 30 biggest global exporters in terms of their competitive power in manufacturing costs published by the Boston Consulting Group (BCG), global equilibrium is shifting in the manufacturing industry. Accordingly, while China's competitiveness in terms of cheap labor is decreasing, the U.S. is on the rise. Turkey, on the other hand, has maintained its position on the list as it is still preferred as a global manufacturing center by many brands and therefore has a cost advantage, especially due to low wages and devaluation of the Turkish lira against the dollar.

The index is calculated by equaling manufacturing costs in the U.S. to 100. Turkey currently comes in seventh on the list of countries with 97 index points, the lowest manufacturing costs in the world, competing with China and Taiwan. When 30 countries with the highest exports are examined, while Turkey has a competitive advantage, it is evident that such an advantage is not reflected in export figures. Ayhan Gökbulut, one of the managing partners of BCG Turkey said that Turkey's exports have been increasing approximately by 14 percent since 2000, but the ratio of exports to gross national product was only around 19 percent at the end of 2013. "This ratio is much higher in countries toward which we have a competitive advantage. Turkey has a target of $500 billion in 2023 for exports, meaning the share of Turkey in the global trade will increase from 0.83 percent to 1.46 percent."

The report said that Turkey has various advantages it needs to benefit more from in order to draw foreign investors and increase its exports. First of all, Turkey has the highest number of eligible workers among all the other European countries and with an average age of 28. In addition, Turkey stands as a bridge between fast growing and developing countries and it provides access for one billion people to $21 trillion of GDP within a four hour flight distance. Another advantage of Turkey is the healthy functioning baking system with a high capital adequacy ratio. The corporate tax rate is around 20 percent, which is lower than many other countries such as Brazil, India and E.U. countries that impose corporate tax rates around 30 to 35 percent.

The report further stated that these advantages are the main reasons why Turkey is selected as a regional manufacturing center by many global companies such as Mercedes-Benz, Nestle, Ford and HP. However, the report also stated the disadvantages of Turkey in terms of manufacturing costs such as high natural gas prices. The report stated: "Turkey has the highest natural gas prices along with other countries such as Sweden, South Korea and Taiwan. Furthermore, Turkey uses the most expensive electricity after countries such as Italy, Brazil and Japan. While Russia has an outright advantage in terms of natural gas and electricity cost, U.S. and Taiwan are other countries that use the cheapest electricity."