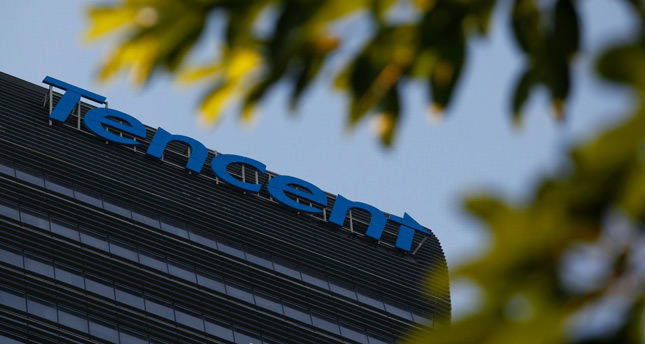 by Jan 06, 2015 12:00 am
Chinese Internet giant Tencent, operator of the popular messaging app WeChat, has launched an online bank, a state-backed newspaper said Monday, as the government seeks to foster private lenders. The online bank, called WeBank, will be fully Internet-based with no physical branches, China Daily said. WeBank, approved by regulators in July, made its first loan on the weekend, although its formal opening is planned for April, the report said, and added that Shenzhen-based Tencent holds a 30 percent stake in the new bank, with two local investment firms among the other major shareholders. Nearly all of China's banks are state-owned, but face criticism for preferring to lend to state-owned firms, stifling the provision of credit to private enterprise, and the government hopes private lenders will introduce more competition to the sector. Last year, China approved the establishment of five privately owned banks, including one to be opened by Tencent rival Alibaba. Premier Li Keqiang visited WeBank's headquarters on Sunday to give the venture his stamp of approval by pressing a button on a computer to approve its first loan of 35,000 yuan to a truck driver. "Internet-based banking is a significant step in China's financial reform," Li was quoted by the newspaper as saying. The Chinese leader previously praised the benefits of e-commerce for creating jobs while at the same time demanding a greater role for Beijing in shaping the global Internet when he spoke at an industry conference in November. Alibaba has already shaken up the banking industry by launching an investment fund, called Yuebao, which has offered better returns than traditional bank deposits. Traditional Chinese banks already offer online banking services. China has also announced plans to introduce deposit insurance and fully liberalize interest rates.