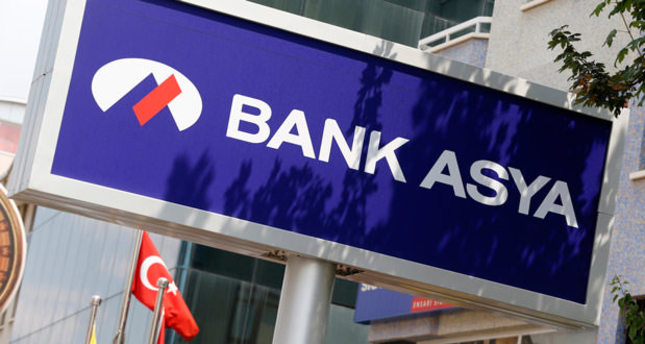 by Daily Sabah Jan 08, 2015 12:00 am
Bank Asya, which is associated with the Gülen Movement, has been laying off its staff by closing its branches one by one, and now, with the paid capital increase it will apply, it will place another burden on its investors. The bank, which within the first nine months of last year had the worst balance sheet in the Turkish banking sector after suffering a TL 300 million ($128.9 million) loss over the last 10 years, is planning on closing its debts by the revenues it will gain from the scheduled paid capital increase. Bank Asya plans to increase its capital by 25 percent, from TL 900 million to TL 1.1 billion through rights issues. Out of the TL 225 million to be gained from the paid capital increases, TL 200 million will be used for the repayment of its loans to foreign financial institutions. The remaining TL 25 million will be used to cover the demands for the funding of its corporate, commercial, SME and personal customers.

Currently, 55 percent of Bank Asya's capital is accessible to the public. Therefore, TL 124 million out of the TL 225 million in revenue to be gained through the paid capital increase will be covered by the funds of its investors.

The bank's investors suffered a loss of TL 430 million as the bank's share certificates dipped by 60 percent. After the Dec. 17 coup attempt, the bank closed 80 of its branches, laying off about 2,000 of its staff.

Within the second quarter of last year, Bank Asya had decreased its reserve ratio and did not make any provisions for its reserves, thereby reaping a profit. However, in the third quarter, it suffered a loss of around TL 300 million; losing almost TL 3 million on a daily basis. The bank's nine-month loss equaled TL 250 billion, and its bad debts increased from TL 1.6 billion to TL 2.1 billion between June to the third quarter, as the bank's daily losses increased to approximately TL 6 million. At the end of September, Bank Asya's bad debts had increased by 161 percent within a year, and by 83 percent when compared to September of last year. Bank Asya further suffered a record withdrawal of funds after the Banking Regulation and Supervision Agency included the bank under Article 70 of the Banking code, due to its financial deterioration. The level of funds withdrawn from the bank was around TL 3.6 billion in the third quarter, and equaled in total TL 9.4 billion last year.