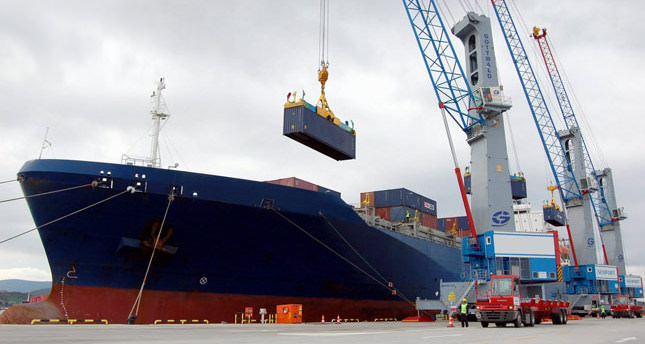 by Daily Sabah Jan 08, 2015 12:00 am
Turkey's loss in exports to Russia, which has been experiencing difficult times due to the decrease in the value of the ruble, was more than $1 billion in 2014. The export to Russia valued at $7.96 billion in 2013 declined 14.6 percent, dropping to $6.57 billion. While Russia ranked fourth after Germany, Iraq and England among the countries Turkey exported to in 2013, it fell three steps behind in 2014, ranking seventh after Germany, Iraq and England, Italy, France and the U.S.

According to the data collected by an AA reporter from the records of the Turkish Exporters' Assembly (TİM), Turkey's total exports rose to $157.62 billion with an increase of 4 percent in 2014. Unlike the increasing export rates in 2014, big losses occurred in the Russian market, having a large impact on all sectors, as Russia is one of the top export markets for Turkey. Almost every sector in Turkey was negatively affected by the decrease in the ruble, and their exports to Russia drastically decreased. The automotive sector's exports to Russia, which had increased to $ 1.16 billion in 2013, plummeted to nearly $795 million with a 31.57 percent decrease in 2014.

The textile sector's loss is estimated at around 24.92 percent. The exports of the textile sector to Russia which had increased to $1.16 billion in 2013, fell to nearly $763 million in 2014. Export of leather products nosedived by 24.52 percent, thereby reaching $410 million.