Coca-Cola cutting up to 1,800 jobs internationally 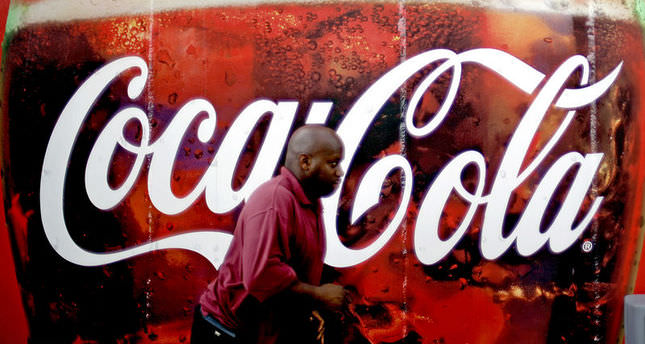 The U.S. soda giant plans to cut 1,600 to 1,800 jobs in a cost-saving move. Coca-Cola, which has struggled to expand its sales, said the cuts would come from its corporate headquarters as well as from its North American and international divisions

Coca-Cola says it will cut between 1,600 and 1,800 jobs in coming months to trim costs. The world's biggest beverage maker says it began notifying workers in the U.S. and some international locations Thursday. It said job types are across all parts of its business and include about 500 cuts at its Atlanta headquarters. The company, which makes Sprite, Powerade, Vitaminwater and other drinks, has about 130,600 employees around the world, according to FactSet. In an emailed statement Thursday, Coca-Cola said it will "continuously look for ways to streamline our business," suggesting additional cuts could be announced later.

Coca-Cola Co. and rival PepsiCo Inc. have been looking for ways to cut costs as their soda businesses have flagged in North America. In October, Coca-Cola said it planned to slash costs by $3 billion a year through a variety of measures. It said the savings would be used to help fund the stepped-up marketing it believes is needed to drive up beverage sales. The announcement came as the company reported disappointing revenue for its third quarter, with global beverage volume up just 1 percent. In addition to the proliferation of alternatives like flavored water and energy drinks, Coke and Pepsi are trying to overcome perceptions that soda makes people fat and health concerns about the artificial sweeteners in diet sodas.

Soda consumption in the U.S. has been declining for years, with public health officials calling for special taxes and warning labels to discourage people from drinking it. In its statement Thursday, Coca-Cola said it does not "take decisions about job impacts lightly." "We have committed that we will ensure fair, equitable and compassionate treatment of our people throughout this process," the statement said. According to New York Times, in the quarter that ended Sept. 30, net income fell 14 percent to $2.1 billion, or 48 cents a share, as sales of its flagship Coca-Cola portfolio dropped 3.5 percent.

"We continue to face a challenging macroeconomic environment, more challenging than was expected at the beginning of the year," Muhtar Kent, chief executive of Coca-Cola, told investment analysts on a conference call in October.

Ali Dibadj, an investment analyst at Sanford C. Bernstein & Company, said the job cuts were about what he expected. "The employees that are leaving Coke were better paid than most of us had thought, which will result in lower number of heads but still meeting the dollar amount they wanted," Dibadj said. Wall Street has been pleased because Coke has not tried to address the falling sales of what it calls "sparkling" beverages by cutting prices. Instead, it has tinkered with packaging, giving consumers smaller soft drinks at higher prices, and reduced promotional activity.

"That's been a good, positive change," Dibadj said. "It's a good change for the company because it maintains its profit margins and a good change for consumers, who are drinking less sugar." Wall Street has applauded the investments Coca-Cola made last year for minority stakes in Monster, the energy drink, and the coffee business Keurig Green Mountain, but those investments have yet to pay off. "Share a Coke," a marketing program that gave customers the opportunity to buy cans and bottles of Coke with their names printed on them, helped increase sales a bit, and investment analysts are eager to see how Coca-Cola Life, a new midcalorie soda, will do. Midcalorie sodas have been a tough sell, but Coke is promoting Life, which is made with sugar and stevia, as a "natural" soda, replacing classic Coca-Cola red with green on labels.