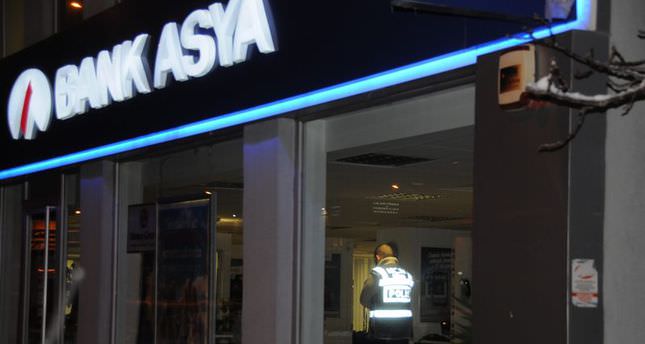 Due to the recent financial crisis Bank Asya has been facing, financiers gave TL 92 million in one week to increase the capital of the bank, which announced the highest recent loss in the Turkish banking sector

TL 92 million ($396.46 million) has been collected from the financiers of the Gülen Movement for Bank Asya this week. Kaynak Holding transfered more funds than its shareholding amount. The financiers have been providing funds required for the capital increase of Bank Asya, which is closely linked to the Gülen Movement, and which has announced the highest loss in the Turkish banking sector within the last ten years. It has ten times more than the average bad debt, and has closed 80 of its branches laying off 2,000 people. While some of the businessmen have previously refused any connection with the Gülen Movement, it became clear who their supporters were when the amount required for the capital increase of Bank Asya was collected without waiting for the approval of the Capital Market Board.

For the businessmen to invest more than their share holding amounts also brought up the question whether the bank may be facing default risk. Further, according to the announcement of the Public Disclosure Platform, TL 200 million out of the total capital increase amount equaling to TL 225 million will be used for closing the bank's loans to foreign banks. Abdülkadir Konukoğlu, the head of Sanko Group, which owns 2.5 percent of the bank's share certificates did not deposit any funds, a fact which did not go unnoticed.

Authorities from the Capital Market Board revealed that the bank's application for capital increase has not been confirmed yet, and any news to the contrary is misleading. "The Board will decide on Bank Asya's capital increase. The financial conditions of companies that will participate in the capital increase will also be investigated. We will also examine whether the partners are financially capable of granting the amounts they have undertaken to deposit," said the authorities.