Google loses US search share, Yahoo on the rise 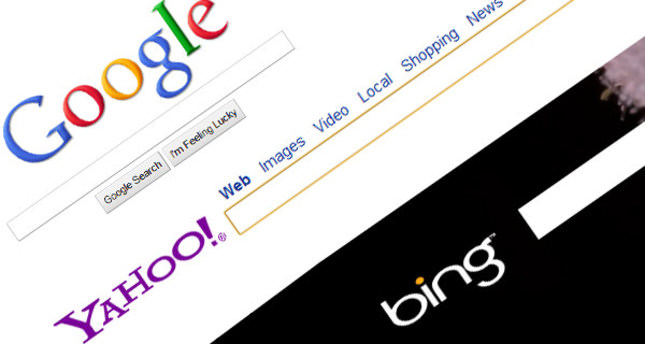 by Compiled from Wire Services Jan 10, 2015 12:00 am
Google saw its share of the U.S. Internet search market slip to its lowest ever mark, while Yahoo notched its highest share in five years, an independent analytics firm said Thursday. In December, Google handled 75.2 percent of U.S. online search referrals, down from 79.3 percent a year earlier, according to AFP. That score is its lowest since 2008, when StatCounter started tracking the data.

Google nevertheless remains the U.S. leader in the search market by a wide margin, ahead of Microsoft's Bing at 12.5 percent and Yahoo at 10.4 percent - its highest score since 2009. Yahoo, whose chief Marissa Mayer has repeatedly stressed that the company remains devoted to the search market that it pioneered but which Google grew to dominate, only had 7.4 percent of the search market a year before.

StatCounter said that Yahoo's resurgence coincides with the start of its partnership with Mozilla, which made Yahoo the default service for online searches done through its Firefox web browser in the United States from December. "The move by Mozilla has had a definite impact on U.S. search," said StatCounter chief executive Aodhan Cullen. Firefox, which is open source and free, is reported by industry trackers to be the third most used Web browser in the world, behind Google's Chrome and Microsoft's Internet Explorer.

Separately, Google may be moving into the U.S. auto insurance market with a shopping site for people to compare and buy policies, an analyst said on Thursday, as it continues to shift its attention to the automotive industry. According to Reuters, the search giant is planning to soon pilot its new Google Compare auto insurance comparison-shopping site, wrote Forrester analyst Ellen Carney in a note. The company has been pitching the service to insurance providers for more than two years. Google, which currently offers a service in the UK for users to compare over 125 auto insurance options, takes a cut when a user buys insurance online or by phone. Industry experts say the Mountain View-based company has increasingly been exploring online searches tailored toward specific industries or markets. Google already offers its users a site to compare travel destinations and find the cheapest flight fares, for instance.

Google in past years has begun to expand beyond its home turf of Internet search and advertising, seeking to extend its technological dominance to fields as diverse as self-driving cars and robotics. Carney expects the California pilot for the new service to begin in the first quarter of 2015. Google is already licensed to sell auto insurance in 26 states and is working with a handful of insurers including Dairyland, MetLife and others, she said. In addition, a Google employee is licensed to sell insurance on behalf of CoverHound, a San Francisco-based company that pulls insurance options from the largest carriers.