Airbus beats Boeing in orders in 2014 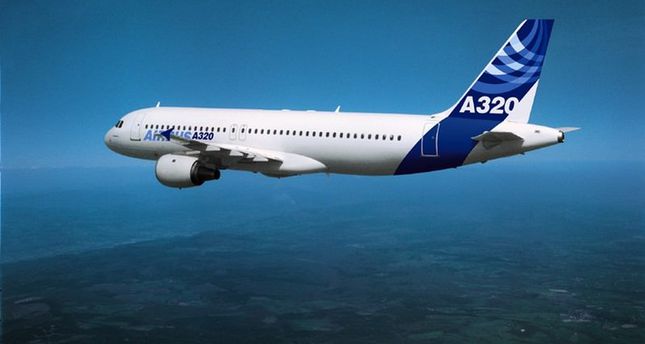 Europe’s largest aircraft manufacturer, Airbus, garnered more new orders in 2014 than its U.S. rival Boeing. However, the Chicago-based giant delivered more planes and its orders were worth more than the Europeans’

Airbus said yesterday it beat Boeing with 1,456 net orders last year, but despite handing over a record 629 planes last year to airlines it is still trailing its U.S. rival in deliveries of commercial passenger jets. The European aerospace company said in a statement that the results "exceeded its targets for 2014" and that at the end of last year it "commanded more than 50 percent market share for aircraft above 100 seats."

Airbus said its second-best year ever for new orders propelled it to an industry record backlog of 6,386 aircraft valued at $919.3 billion (777 billion euros) at list prices. Boeing, which announced its sales and delivery figures last week, had been leading in the orders category throughout the year, but as frequently happens Airbus announced a number of deals in December. Boeing delivered a record 723 aircraft and took in a record 1,432 orders last year, with its unfilled orders also climbing to a record 5,789 planes. While the companies focus on the order numbers as they seek to woo even more clients, analysts and investors concentrate on the delivery numbers as the manufacturers get paid when they hand over a plane to airlines.

Airbus chief executive Fabrice Bregier said, "2014 has been an excellent year and the teams in Airbus not only delivered on, but exceeded their targets and commitments." Despite trailing Boeing in overall deliveries, Airbus edged out Boeing in the biggest segment of single-aisle medium-haul aircraft. Airbus delivered 490 of its A320 aircraft while Boeing handed over 485 of its 737 planes to airlines. These aircraft also accounted for most new orders: 1,321 of Airbus's 1,456 orders last year. Airbus also missed its target of selling 30 of its superjumbo A380 aircraft, which can carry between 525 and 850 passengers in its different seat configurations, with just 14 net orders. A milestone for Airbus in 2014 was the certification and first delivery of its long-haul A350, the first of its new generation aircraft whose wings and fuselage are made of carbon fiber and which will save up to 25 percent in fuel consumption.

Boeing had dominated this segment of midsize long-haul aircraft, with its 787 Dreamliner having won over 1,000 orders. Airbus expects this segment will see demand over the next two decades of 7,800 planes worth around $1 trillion. This year is also an important one for Airbus for the development of new aircraft. Much of Airbus' increase in orders has been for an upgraded model of its A320 aircraft that features new engines and wing modifications. The A320neo, which Airbus hopes to have certified in the third quarter and begin delivering to clients before the end of the year, is expected to provide 20 percent fuel savings.