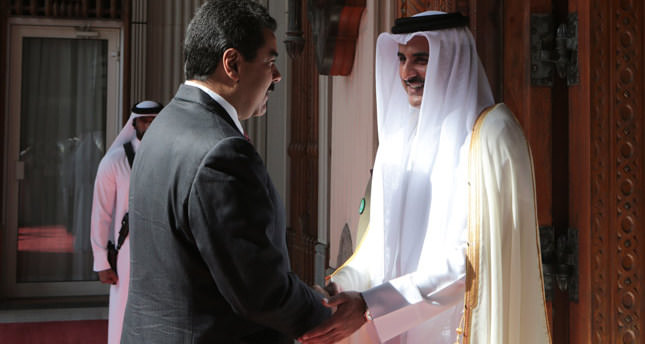 by Jan 13, 2015 12:00 am
Qatari banks will lend Venezuela 'several billion dollars' to help it weather the downturn in oil prices, president of the South American nation Nicolas Maduro said after meeting with his counterpart in Doha on Monday. "They're giving us enough oxygen to cover the fall in crude prices," he said in comments broadcast on Venezuelan state television. Maduro has this week also visited leaders in Saudi Arabia, Russia and China, as well as Algeria on January 5, after failing to convince leading members of the Organisation of the Petroleum Exporting Countries (OPEC) to cut production and help re-lift the price of crude. Venezuela relies almost entirely on oil revenues for its government coffers but wealthier Gulf states have refused to cut production, leading to some suggestions it is an intentional strategy to undercut the price of booming shale oil in the U.S.

The global oil benchmark has fallen below $50 a barrel for the first time in nearly six years and foreign currency shortages in Venezuela have sparked concerns the country could default on its debt.

Maduro said the preliminary deal with Qatar would help Caracas meet its investment and import needs for this year and next, according to the Wall Street Journal. He did not name the banks nor offer more details. Qatar has not commented. Opposition members said Maduro had failed to secure loans that would give Caracas immediate relief, WSJ reported. They accuse the government of using the drop in commodity prices as an excuse for the recession, which had begun long before oil's slump. There have been reports of long queues outside supermarkets, with shortages of basic supplies such as soap and toilet paper.