As eurozone eyes new stimulus plan, some question its merits 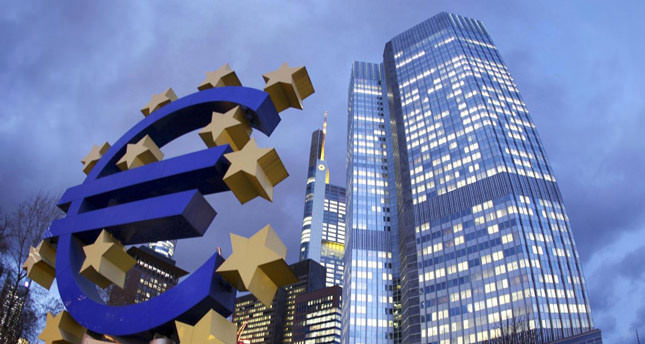 While all eyes are on the European Central Bank’s announcement about its stimulus plan to revive the struggling economies of the union, policymakers and economist have begun to voice their concerns over it

With the eurozone facing the possibility of years-long economic stagnation, its central bank is expected to soon announce its biggest stimulus measure yet. That sounds like it should be cause for optimism. Yet some policymakers and economists in the 19-country currency union are grumbling. They question the merits and even see dangers in the new stimulus program, which would involve the large-scale buying of government bonds. Mario Draghi, the president of the European Central Bank, is facing unusually outspoken opposition from a minority on his 25-member board ahead of what's expected to be a showdown policy meeting Jan. 22. A lot is at stake. The eurozone's sluggishness is one of the chief drags on the global economy. Unemployment remains high at 11.5 percent. And prices are falling, raising fears of deflation when consumers and companies delay spending in hopes of bargains, potentially killing off growth for years. Japan fell into deflation in the 1990s and is still trying to get out.

Under the new stimulus being considered, the central bank would buy governments bonds from banks with newly created money. The hope is that all the new cash in the financial system will convince banks to offer cheaper loans, boosting investment and jobs. Much of the opposition comes from policymakers in Germany, the eurozone's biggest economy, where central bank stimulus is regarded with skepticism by many. Here are some of the arguments for and against.

Critics point out that European companies mostly get their credit from banks, not from the bond market, like they do in the U.S. Unemployment in the U.S. fell from 10 percent in Oct. 2009 to 5.8 percent by the time the U.S. Federal Reserve finished its bond purchases.

Sabine Lautenschlaeger, a top ECB official who has questioned the need for bond-buying, says eurozone banks are already awash in cash thanks to cheap ECB credit. Yet they're not lending because they fear the economy is still too weak and they might not get paid back. "I assume that there will be little long-lasting change in that regard if the ECB buys government bonds on a large scale," Lautenschlaeger was quoted as saying in an interview with Der Spiegel weekly.

As public borrowing costs fall, governments such as those in France and Italy have less pressure to show markets that their economies are worth investing in. "It is about too-long court proceedings, sluggish investment approvals, poor transport infrastructure, corruption or an overextended influence of trade unions," Kraemer said things that governments, not central banks, must address.

Supporters say that even if bond-buying does not increase the amount of lending in the economy, it would at least have one positive aspect weakening the euro. A lower currency helps exporters by making their goods cheaper abroad.

Bond-buying stimulus tends to weaken a currency because by increasing the overall amount of euros in circulation, it dilutes their value. The euro has fallen from around $1.40 in May to below $ 1.17 in expectation of the bond-buying program. Bond purchases could at least preserve that advantage, or even drive the currency lower.

In any case, supporters say, the economic risks are so great that the ECB cannot afford inaction. And having tried a range of measures such as cutting interest rates to record lows and offering cheap loans to banks the ECB has few options but to try government bond purchases. After all, the ECB's mission is to keep the inflation rate stable, according to the EU treaty that created it. Inflation has been falling below the ECB's 2 percent target for months and even turned negative in December that is, consumer prices fell annually.

Adalbert Winkler, an economist at the Frankfurt School of Business & Finance, says "the treaty is very clear: there is a primary objective, which is price stability, and everything else is subject to achieving that objective." Bond-buying, also called QE, won't solve every problem but "it is the most tested option," said Winkler. He cautioned that the Great Depression of the 1930s suggests that once deflation takes hold, central bank policies can become ineffective a risk that justifies taking action.

To not start government bond-buying "would be to admit the ECB can't achieve its mandate," Winkler said.

One concern emerging from the debate is the ECB may compromise between supporters and opponents and limit the size of its bond-buying. The ECB's balance sheet one measure of its stimulus efforts has shrunk from over 3 trillion euros (currently $3.5 trillion) in 2012 to 2 trillion euros ($2.4 trillion) as banks have paid back cheap loans. That means the ECB would need at least a trillion simply to restore the level of stimulus it was providing earlier. A smaller program of, say, 500 billion euros might disappoint market expectations and have less effect. "We are concerned that the QE execution might fall short of market expectations," analysts at Morgan Stanley wrote in a recent note to investors. FRANKFURT / AP