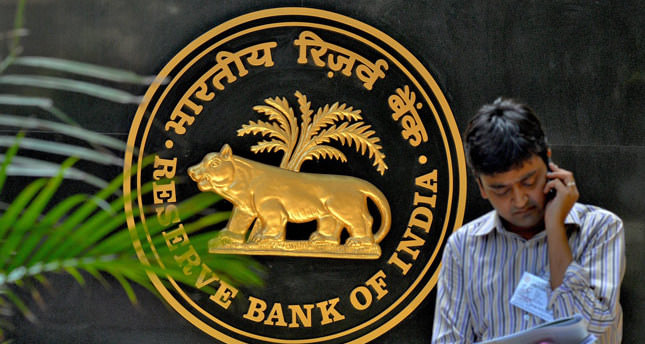 by Associated Press Jan 16, 2015 12:00 am
The Reserve Bank of India cut its key interest rate yesterday by a quarter percentage point in a surprise move that adds impetus to government efforts to revive Asia's third-biggest economy. The decision to lower the rate to 7.75 percent, announced more than two weeks before the central bank's planned monetary policy review on Feb. 3, follows several months of declines in India's stubbornly high inflation. India's short-term lending rate has been held at 8 percent since January 2014 to counter inflation, which hit double digits last year. But helped by lower oil prices, "both near-term and longer-term inflation expectations have eased to single digits for the first time since September 2009," the bank's governor, Raghuram Rajan, said in a statement. In December, inflation was 5 percent.

The rate cut signals a "victory over the inflation dragon," fund manager Tushar Pradhan at HSBC Global Asset Management said in a statement. The rate cut adds to optimism that India is recovering from the economic malaise that helped catapult Prime Minister Narendra Modi into office in May. A U.N. report on Wednesday predicted the country's economy would grow by 6.4 percent during this fiscal year, up from 4.7 percent in the fiscal year ended March 2014. The Finance Ministry has predicted growth in the current fiscal year of about 5.5 percent. The central bank governor also noted "the government has reiterated its commitment to adhering to its fiscal deficit target" of 4.1 per cent of gross domestic product this year, as it prepares next year's budget for presentation in February.

The news boosted India's currency and stock market. The Sensex stock index was up 2.7 percent and the dollar fell to 61.63 rupees from 62.16 rupees Wednesday. Finance Minister Arun Jaitley, who was pressing the bank to lower interest rates, said the move would "lead to more money in the hands of the consumer for greater spending" and "will certainly help in reviving the investment cycle the government is trying to restore." Industry groups and analysts were also enthused, even while noting one rate cut was too marginal to have much impact on the economy.

The rate cut signals the government and the RBI are "acting in concert to harness demand and take the economy to a higher orbit of growth," said Chandrajit Banerjee, director general of the Confederation of Indian Industry. The central bank said that as it considers further rate cuts, it will want to be sure that inflation continues to decline and that supply bottlenecks are cleared in the electricity, mining and infrastructure industries.