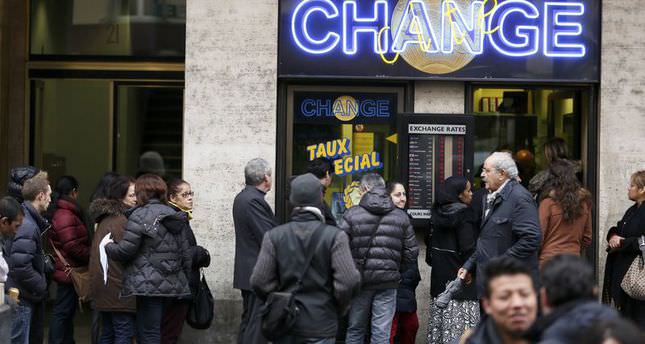 by Associated Press Jan 17, 2015 12:00 am
US forex (foreign-exchange) broker FXCM is getting a $300 million lifeline after being crippled by the impact of a change in Swiss currency policy.

The Swiss National Bank shocked global markets Thursday when it announced that it was ditching a policy of limiting the rise of its currency. That sent the Swiss franc one of the world's most traded currencies surging.

Some financial firms were unprepared. At least two brokerage firms announced plans to go out of business. New York-based FXCM's fate was in question after suffering a $225 million loss.

The future of FXCM a major U.S. foreign-exchange broker is on the line after Switzerland stunned global markets by abandoning a policy that pegged its currency to the euro.

The Swiss National Bank announced Thursday that it was ditching an increasingly expensive policy of limiting the rise of its currency. The decision sent the Swiss Franc one of the world's most traded currencies surging.

The change broadsided those with sizeable holdings of euros or dollars against the franc. At least two brokerage firms have already announced plans to go out of business.

FXCM, a New York-based currency brokerage, said Thursday that it may be in breach of regulatory capital requirements following significant losses. The company said that it is talking with regulators and "actively discussing alternatives" to return its capital to prior levels.

The company's shares plunged almost 90 percent before the opening bell and trading was still suspended at midday on pending news.

Credit Suisse analysts said that the magnitude of the loss was unanticipated and called its own estimates for the broker "of little use" given the uncertain nature of the situation.