The Grand Bazaar is under renovation 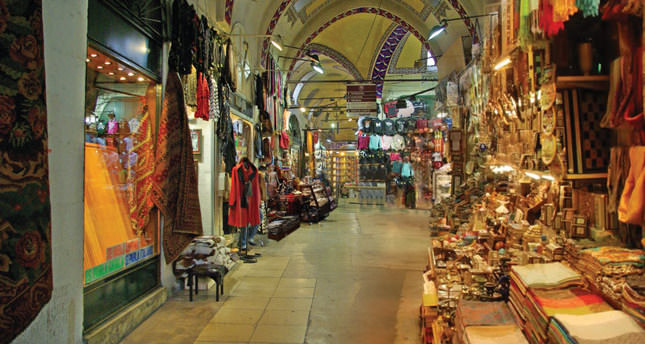 by Daily Sabah Jan 17, 2015 12:00 am
With a 554-year history, the Grand Bazaar in Istanbul is one of the world's oldest covered shopping malls. It will shortly undergo renovation as part of the Grand Bazaar Renovation Project conducted by the Municipality of Fatih. The bazaar is visited by 91 million tourists a year and is one of the most important tourist and cultural destinations in Istanbul.

Covering a total of 45,000 square meters, the bazaar has 3,125 shops and 25,000 employees. Despite its cultural and economic importance, the bazaar has been neglected in terms of renovation and restoration due to multiple ownership despite the fact that it has fallen into a state of disrepair over the years. However, the Municipality of Fatih's new renewal project will both preserve the historical features of the building and try to benefit from its social, location and structural properties. As part of the project, the Municipality of Fatih aims to eliminate the management problem of the bazaar by establishing an administration.

The municipality has now completed all legal stages required for such an administration to be established. Furthermore, the Grand Bazaar Renovation, Concept Design and Implementation Project, will gradually be implemented after the assignment of an administration.

A budget of TL 25 million ($1.08 million) has been set aside for the project and the problems of the Grand Bazaar will be resolved in five stages: "Project, administration plan, infrastructure, main walls and roof."

The project was initiated by the Grand Bazaar Consultation Board, which consists of a number of experts from various fields related to restoration and renovation. After the project is completed, the Grand Bazaar will have a new face while still preserving its original features.