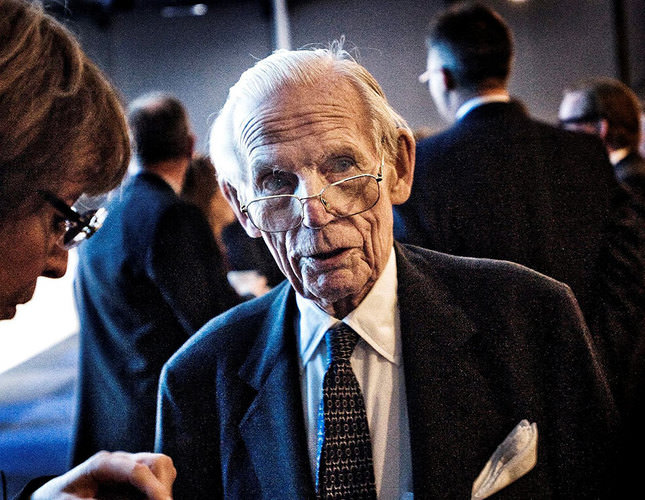 by Jan 20, 2015 12:00 am
Peter Wallenberg, the former head of a Swedish financial dynasty sometimes compared to the Rockefellers, has died. He was 88. Wallenberg died yesterday at his home on the island of Varmdo, outside Stockholm, the family foundation said in a statement. The cause of death wasn't released. From 1982 to 1997 Wallenberg was chairman of Investor AB, the holding company through which the family controls large stakes in major Swedish companies. He also served on the board of wireless equipment maker Ericsson, appliance maker Electrolux, engineering firm Atlas Copco and other Swedish companies.

Internationally, the Wallenberg family's best known member is World War II hero Raoul Wallenberg, who is credited for saving at least 20,000 Jews while serving as a Swedish diplomat in Nazi-occupied Hungary. But the family has been a prominent force in the Swedish business world since the 19th century, when Peter's great grandfather founded what is today called the SEB bank. Peter Wallenberg was born in Stockholm in 1926 to Marcus Wallenberg and his Scottish wife Dorothy.

As a child, he attended boarding school in Sweden and spent the summers, alongside older brother Marc and sister Ann-Marie, with his mother's family in Britain. He wasn't groomed to become the family patriarch, but stepped into the role of heir after Marc committed suicide in 1971.

When their father died in 1982, Peter took over as chairman of Investor. His eldest son Jacob is now chairman. In 1993, Peter Wallenberg was the target of a foiled kidnapping plot as police arrested four would-be abductors outside the gates of his estate on Varmdo. Wallenberg married and divorced three times. He is survived by his two sons, Jacob and Peter Jr., and daughter Andrea. Funeral arrangements weren't immediately announced.